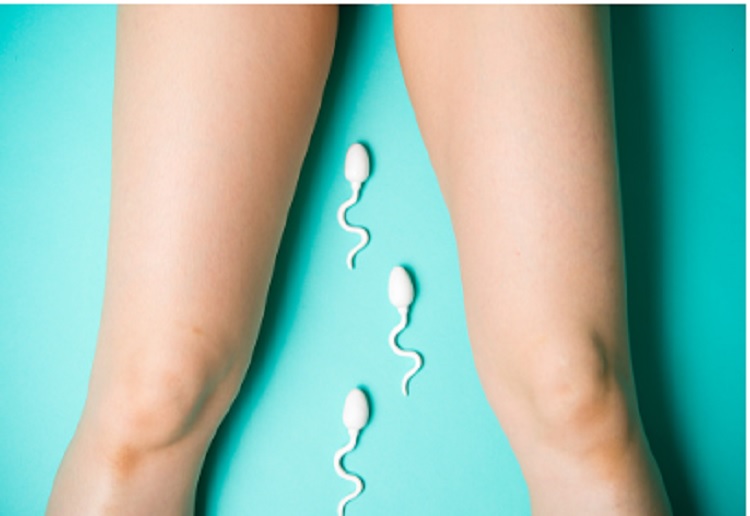 One Queensland woman has turned to Facebook to search for a sperm donor.

The post was made in a popular community group read “MALES I NEED YOUR HELP! I’m looking for a sperm donor.”

It went on to list a specific set of qualities required from the donor which demanded the male to be “tanned, fit/athletic build with green or blue eyes”.

Speaking with The Sunshine Coast Daily, the Caloundra woman, who asked to remain anonymous, said she desperately wanted to have a baby and thought the Facebook post would be the quickest way to acquire a donor.

“I have wanted kids since I was a kid and I have wanted them really badly for the last few years and have persisted with trying to find Mr Right,” she said.

“But I haven’t had any luck and to be honest I’m over waiting.

“I put the post up as there may be guys who are willing to help but they may not know how or where to go.”

She said she had only been searching for the past month but an Australia-wide shortage of donors meant she was having trouble moving the process along.

“My issue has been finding someone on the Coast as this is going to be a costly adventure and I don’t want to be spending a lot on travel,” she said.

“Also from what I have read so far it’s better for the female to be inseminated in a comfortable place which is usually at home or through the clinic she feels comfortable at.” 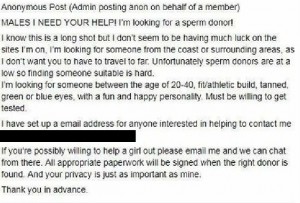 There are laws and regulations in Australia that control the process of sperm donation.

It is also illegal to be paid for the donation of sperm.