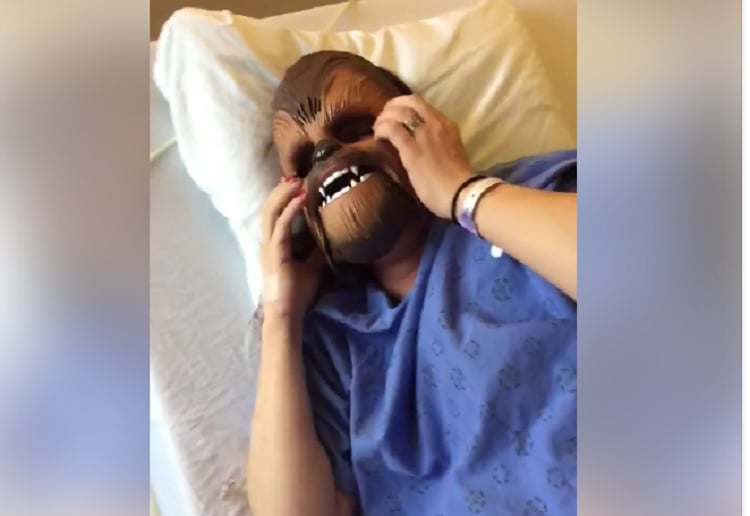 Mum goes viral overnight after sharing a video of herself wearing a Chewbacca mask while in labour.

In the 12 second clip, Katie Stricker Curtis, from Detroit, appears in the bizarre mask on her hospital bed as she holds her stomach and cries out in pain, shares Daily Mail.

However the mask hilariously translates her cries into Shyriiwook, the Wookie language from Star Wars.

Mrs Stricker Curtis later gave birth to a baby boy, Jayden, before posting the amusing video to her Facebook page.

‘Just because I’m about to be a mom doesn’t mean I have to grow up!’ She captioned the video.

The new mother’s video has since been viewed more than 128,000 times and praised by thousands of parents the world over.

Classic!  Good on her. Life can’t always be serious.