Article Mum Who Fell Overboard Cruise- This ‘Wasn’t An Accident’ 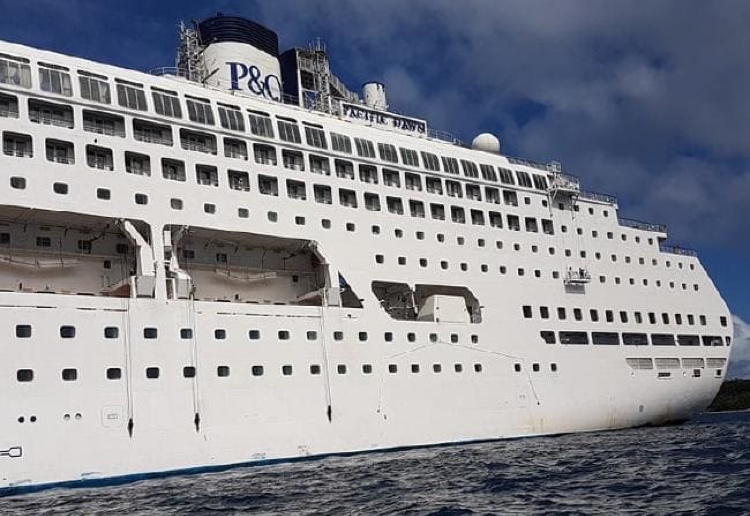 The mum-of-three who fell overboard from the cruise liner Pacific Dawn earlier in the week has been identified.

As reported in news.com.au, the victim is Natasha Schofield, 47, from Brisbane and in a tragic twist, police are saying that the incident “wasn’t an accident”.

The cruise liner has docked in Brisbane and police boarded the ship to commence their investigations and take statements from the crew and passengers.

Mrs Schofield, who was holidaying with her husband and three children — aged from 12 to 16, fell from an upper deck of the ship near New Caledonia on Thursday afternoon. Her husband immediately raised the alarm and the ship turned around as a search began. The search was called off on Friday morning due to adverse weather. Her body has still not been found.

“This wasn’t an accident,” he said. “Let’s be open and honest about mental health.

“It’s a tragic end to what should’ve been a lifetime holiday experience for a loving family.

“Her husband was standing right next to her when she went over.”

It was originally reported that a freak wave had knocked her into the ocean. However, Inspector Graham has said that this was incorrect.

Carnival Australia, the cruise operator, said it was co-operating fully with the police.

Carnival has said in a statement: “We will be able to give police CCTV footage providing an unobstructed view of what happened and portraying an obviously devoted and loving couple,”

“We extend our deepest condolences to the family and hope that they will find comfort in their grief.”

One eyewitness, who asked to remain anonymous, said she saw the tragic incident unfold. She said the woman walked over to a deck and began to vomit while leaning over a railing of the Pacific Dawn.

“(She was) vomiting outside, near the table tennis area” the guest said, the Courier Mail reported.

“Leaning over, not far over, then she fell. When she went over he collapsed.”

The guest has claimed that there was no freak wave that hit the ship before the victim lost her footing and fell overboard.