Article Mum who had abortion at 23 weeks reveals her heartbreak 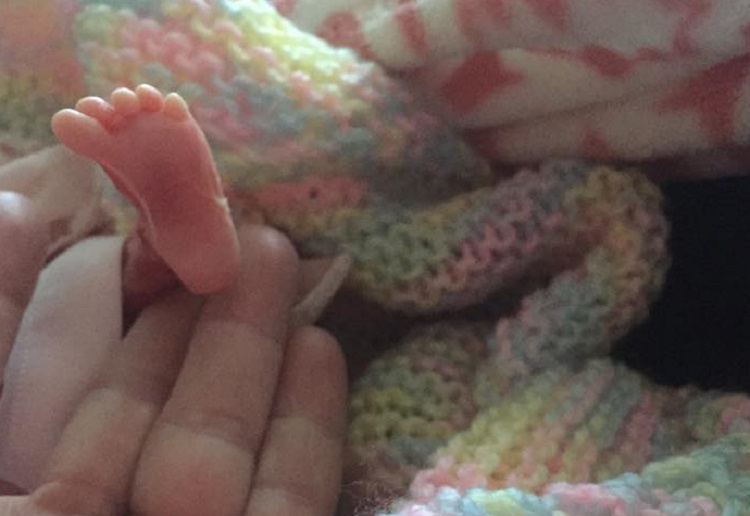 (Warning: some people might find the image in this story distressing)

A first-time mother has told of her heartbreak after having a late-term abortion.

Lindsey Paradiso, 28,  shared her story in response to the US president’s controversial comments, and said governments should stop interfering with a woman’s right to choose, reports The Mirror.

She and her husband, Matt, were forced to make the heartbreaking decision to have an abortion at 23 weeks because their daughter, Omara, was likely to die in the womb.

A tumour on the baby’s neck tripled in size as time passed and was growing all over her body, leaving her with just a 1% chance of survival.

Trump claimed doctors could “rip the baby out of the womb of the mother” just days before the due date, offending many viewers at home.

In a blog post Lindsey said Trump “inaccurately and brutally described late-term abortion” and she was left physically sick by his remarks.

Motivated to write a rebuttal, she added: “I could not let his idiocracy go unchallenged and watch it painfully affect so many people.”

She posted several photos showing the couple’s journey from the excitement of finding out she was pregnant to the heartbreak of losing their daughter.

Lindsey, a photographer from the US state of Virginia, wrote on Facebook: “This is ending a wanted pregnancy. This is late-term abortion.

“It was not birth control. It was heartbreaking.

“The government does not belong here.”

The couple decided to have an abortion because doctors told them that Omara would likely die before she reached 27 weeks.

Lindsey would be at risk of becoming infertile if the tumour grew any larger and her daughter had to be surgically removed.

She wrote on her blog: “I think oftentimes we forget that the loss of these babies doesn’t only affect the parents, but it affects their friends and family members.

“When politicians like Trump and [Vice President Mike] Pence spread their intolerance for giving women a choice, we make these very difficult situations so much more difficult for not just the mother, but everyone involved.”

Alyson Draper also shared her heartbreaking story last year of going through the trauma of a late-term abortion – read her story here.