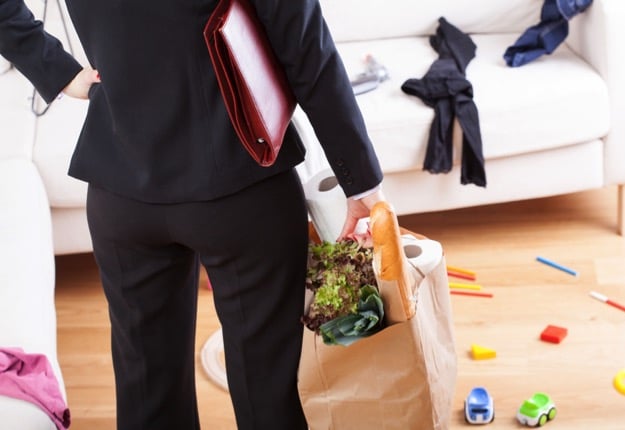 Eight years ago, Mother of two, Jackie Hall would have been found collapsed on the floor of her bedroom completely overwhelmed with emotion at the events that had just transpired. You see, Jackie had just had a rather large Mummy meltdown.

It was a day just like any other at that time of her life, which unfortunately resembled a roller coaster ride of loving motherhood one minute to hating it the next.

The hating part however, had become increasingly frequent since her second son was born.

She was stuck in a powerful cycle of screaming in anger at her (then) two year old and her six month old, seeing the look of fear on their faces and then feeling consumed with guilt and self-hatred at the mum she had become.

It was this repetitive cycle that led to the events that ended in her breakdown, which incidentally changed her life and went on to change thousands of other parents’ lives too.

This is her story told in her words:

“I had just come home from shopping. It was 5pm – arsenic hour. There were dishes to be done, dinner to be cooked, groceries to be put away and Cody (then 2) and Ryan (then 6 months old) were whiny and very un-cooperative.

I had had enough.  My life was like Groundhog Day and I hated it.

Cody pushed my buttons one last time before I completely lost it.

I remember screaming in this high pitched psychotic type rage to “Shut up and stop whining”. I threw a loaf of bread across the room, and then slammed a nearby knife on the bench so hard it bounced off and narrowly missed Cody’s head.

I couldn’t believe what I’d (almost) done. I ran to my room screaming, “I HATE MY LIFE!” all with baby Ryan on my hip.

My husband came in without saying a word, took Ryan from me and allowed me to have my meltdown in peace.

It was at that moment, on the floor of my bedroom, amidst my tears, that a distinct message flooded my mind.

Wow, how much those words resonated deeply within me.  As logical as that sounds, the realisation of those words was astounding.  It literally felt like a switch had been flicked.

I’d like to say that the switch meant that I never got angry again, but that is far from the truth.

However what happened that day became the catalyst for completely transforming my life, and little did I know it then, but it also became the foundation of The Parental Stress Centre.”

Having always been an avid learner of personal development materials and courses, Jackie went to work on completely changing her mindset in the context of parenting.

She researched, studied and applied the information to herself, wrote about it along the way to keep track of what was working and what was not and along the way and began teaching other parents how to change their mindsets too.

Fast forward 8 years and Jackie has now authored five books, created 12 online programs, travels the country keynote speaking and running seminars, and writing blogs and articles that educate parents of all aged children from newborn to teens, on shifting their mindset.

She has trained with several independent organisations in methods to alleviate stress and has worked intensively with clients suffering from severe depression, anxiety, drug and alcohol addictions.

She’s been on Channel 7’s Sunrise twice with her signature program – The 28 Day Tame your Temper Parenting Challenge, appeared in several parenting magazines and just last week was announced the 2014 Ausmumpreneur Rising Star Winner for her work with the Parental Stress Centre of Australia.

“Wow, what a ride I’ve been on in the last 8 years.  What a complete turn around! That time of my life was the best thing that ever happened to me.  It was the breakdown I needed to get my break through.”

Jackie says that The Parental Stress Centre is not just her business, it is her life.

“I am determined that no parent will ever feel the way that I did about parenting. It’s just not necessary.  What we do at The PSC, is not therapy either. It’s education. We are teaching parents how to handle life’s challenges without stress and by doing this; we are also arming them with the tools to teach their children those same skills too.

The ripple effect of what we do at the PSC is immeasurable and sorely needed in today’s society.”