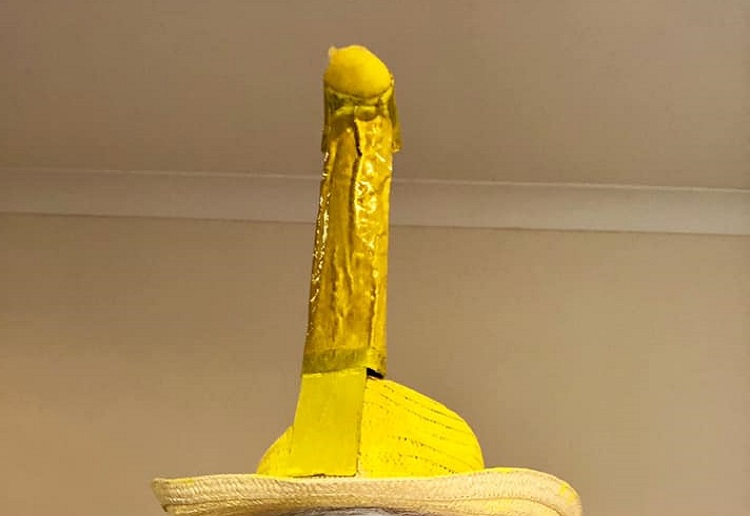 With Easter just around the corner, many mums and dads will be helping their little ones put together an Easter bonnet for their school parade.

But it didn’t quite turn out as intended.

“I told my son that he could do whatever he wanted. I was so full of hope. So… so… so…. foolish,” she wrote.

“A giraffe!” He declared with a sparkle in his eye. “Giraffes are my favourite animal mummy!”

“My husband tried to put him off the idea. Sticking Easter eggs in a nest on top of the hat would be FAR more sensible.”

“Two bonnets in the bin, lots of papier mache, super glue, gaffer tape and many other failed attempts later, my son and I came up with this…

“Ladies and gentlemen, I give you: ‘The Penis Bonnet’.”

“My husband laughed.I cried. But I suppose most importantly, my son was incredibly proud of our hard work. And his favourite part? The giraffes neck. Of course.”

In a surprise twist. After some more tweaking to the “penis hat” the bonnet actually WON the Easter competition.

But on a serious note, it just goes to show that if you GET A GRIP of the situation, you can PULL IT OFF……. maybe there’s a little bit of penis bonnet in all of us (woah, DEEP)…. ”