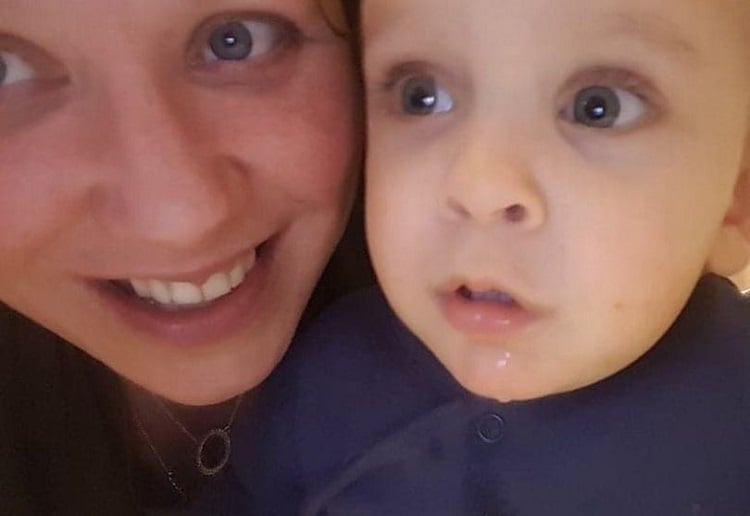 A mother has spoken out about the terrifying moment her hair nearly strangled her son to death as they slept.

Emma Lewis Chipili, 35, was sleeping in bed with her 16-month-old Lincoln on Tuesday, Wales Online reports.

The mum-of-six said she could feel her young son moving around by her side, and suddenly realised her hair had wound tightly around his neck.

“He’s always bed-shared with me since he was a baby, but I’m always aware of being careful with my hair. It’s always been up.

“I had just loosened my hair a bit because I had a headache.

“I fell asleep and I could feel him moving around and I woke up and got up and realised my hair was tight around him.”

Emma said she started to panic and the more she tried to unwind the hair, the tighter it seemed to become.

She tried to get her fingers in-between her hair and Lincoln’s neck, but it was too tight.

“Everything just happened to quickly,” she said.

“I was hoping that someone else was there – it was scary.”

Justin was able to quickly free Lincoln from the hair.

Emma said her son is doing well and was only left with a red mark on his neck after the frightening ordeal.

She is now warning other mums to be careful when sleeping next to their children.

“I have always followed the rules with that sort of thing.

In a Facebook post following the incident Emma added: “Anyone [who has] long hair and shares a bed with their kids, please keep it up in a bobble!”