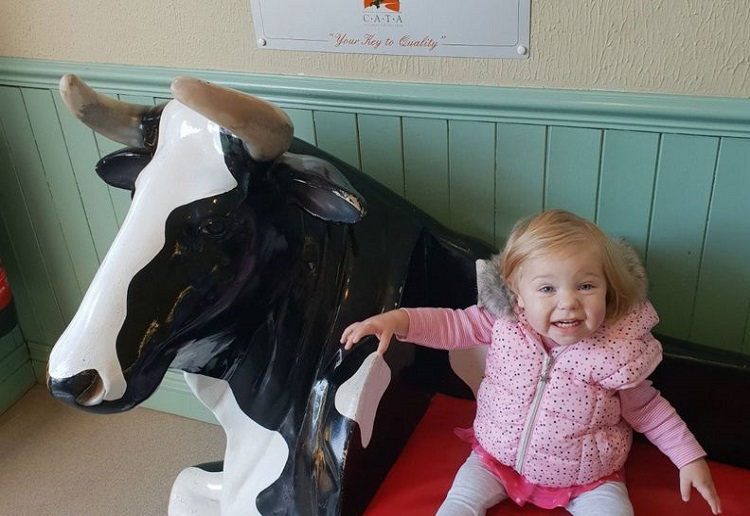 A grieving mum has issued a warning to parents after her baby daughter tragically died in her cot.

The 18-month-old was found accidentally strangled by the cord from a Motorola baby monitor on October 26, last year.

It’s thought she had somehow managed to grab the cord, which had been tucked along a wall behind a shelf. She was found by her dad Jason, 30, shortly after he put her down for a nap.

UK Mum, Danielle, 31, wants to raise awareness about Jessica’s death so other parents don’t have to go through a similar heartbreaking experience.

‘I would urge that parents are really careful when setting up their monitors.’ she said. ‘A few years ago people were worried about blinds near cots, but we never had that.’

The couple have no idea how Jessica grabbed the cord or how it ended up around her neck. They are desperate to raise awareness for other families.

A statement read out in court on behalf of PC Matthew Hill, who attended the scene, said there ‘was nothing to suggest this was something other than a tragic accident’. Coroner Yvonne Blake concluded that the death was caused by compression of the neck by ligature.

Danielle and Jason are still coming to terms with their loss, and have called for more support for parents who have lost a child.

‘You get a free counsellor if you have miscarried, your baby was still born or you lost a child through cancer but we got nothing,’ said Danielle.