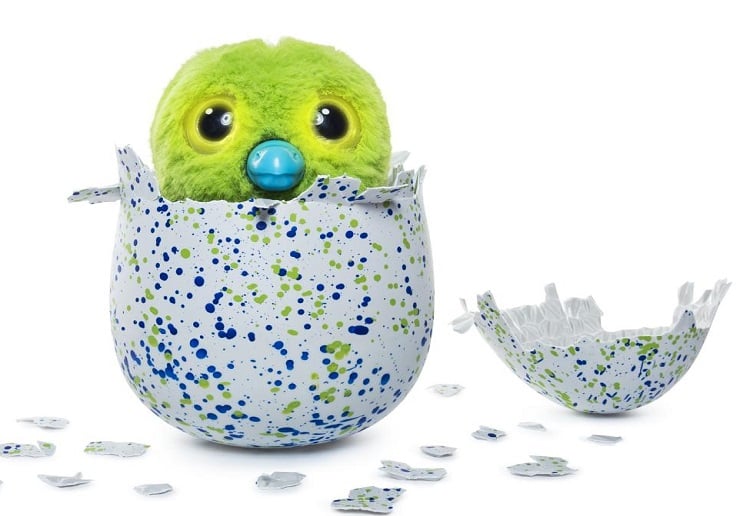 Mother shares honest review of this years must-have toy, the Hatchimal. But do parents have a right to review kids toys?

Mum says that this item on every child’s Christmas list are not worth the hype, reports Daily Mail.

Kirsty Myerscough, from Manchester, uploaded a scathing review to Facebook about the interactive furry birds, based on her seven-year-old child’s experience.

She wrote, “Thought I would write a review as all I’m seeing is parents desperate to get their hands on one.

So this one is 1 week old and has been played with for a few hours! The best bit was it hatching and then we had to break it out as it wasn’t working! It grew up from a baby to fully grown in a few hours, it doesn’t talk it just records the child’s voice and plays it back, has a few games that are boring and once played they don’t want to play again. All you can do is feed it by tilting it forward, stroke it when it gets cold and pat its head if it’s scared. Also once you take it out of the box it starts hatching takes around 20 mins to an hour so make sure your children are ready to sit with it and help it hatch. Overall not worth the money. #hatchimal”

Her post has quickly gone viral, with over 74K shares and 42K comments since she posted it this month.

Many comments totally agree with Kirsty, ” Got my daughter one for her birthday..she really wasn’t impressed. Took a hour to hatch and that was the most excitement with the whole thing. It grew up that night and she was bored with it by the next day. Basically I paid $50 to get to watch it hatch.”

Another said, “Agreed! Ours took almost an hour an a half, and I had to keep shaking it every few seconds to make it “peck”. Eventually got tired of it and opened the egg myself! We’ve had it for about a month and a half, and my son has touched it maybe 5 times….HUGE waste of $50″

One mum disagreed saying, “It’s amazing! From the very start of keeping it warm and loved, til hatching and then you go through baby stage to adult stage, we think it’s great! Hubby & I have been playing with it! I don’t think they’re a waste of money at all. At first I thought the price was ridiculous (we have an Owlicorn which was exclusive to toys r us and cost $110 inc postag) and it’s worth the price.”

Another said, “Maybe, but if it’s what the kids want. Who are adults to review kids toys and say whether it’s worth it or not?”

She has a point. What right do we have to ruin the imaginations and dreams of innocent young minds? Let the kid get the toy!

The Hatchimal is a cute, fluffy toy bird or creature which hatches from its own egg when rubbed.

Is Hatchimal on your child’s Santa list this year?