Article Mum’s unique way of getting through contractions 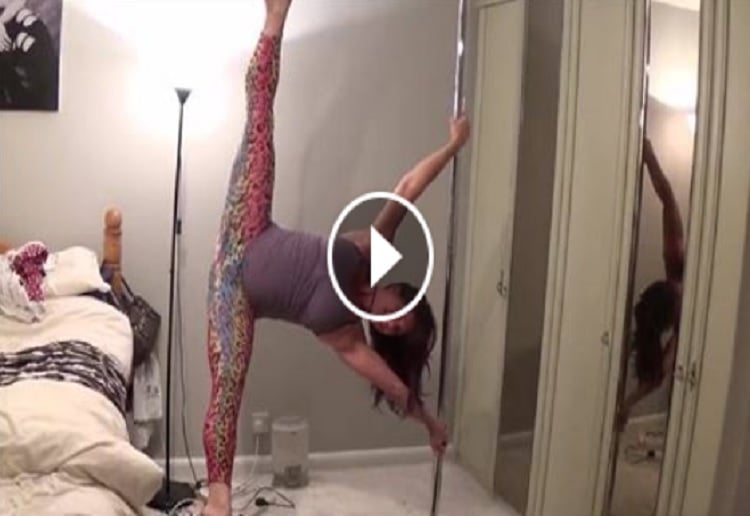 Well that’s one way to take your mind off labour!

A PREGNANT woman has taken her mind off her labour contractions by pole dancing through the pain before welcoming her baby boy.

The Sun reports, Kat Bailey, from West Bridgford, Nottinghamshire, filmed herself spinning around, holding herself upside down and doing the splits after her waters broke.

The former university lecturer turned pole-dancing instructor shared the awe-inspiring video on Facebook on 1 August 2016, and it has since racked up over 266,000 views.

She wrote: “So… I’m officially in labour:). Got a few hours before we go to the hospital so thought I’d do some pole between contractions.”

She tells the camera, “I thought I’d do some pole, just to show I still can”.

Kat later shared, “after a brutal 24 hours of pre-labour contractions, baby Bailey was born after just 1.5 hrs active labour, with no pain medication (not even paracetamol or gas/air… because polers are hardcore wink emoticon;) ).

We are so proud to announce the arrival of Joshua David Bailey, born 1st August at 11.26pm, weighing 7lb 13oz. Mum and baby well, but I’m under obs in hospital due to a slightly higher than normal blood loss.”