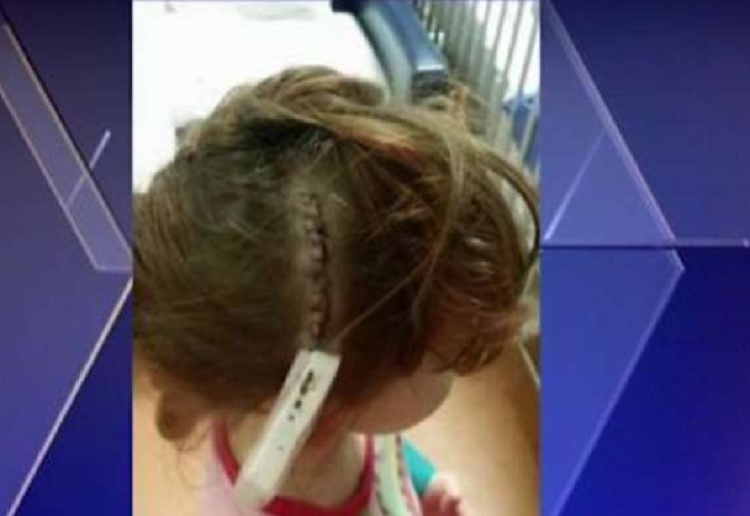 A mother has spoken out about the dangers of shopping trolley bays following a freak accident involving her daughter.

Five year old Ryder was climbing on the rails of the shopping trolley bay when she slipped and fell, taking a big knock to her head, reports 7 news.

It wasn’t until the next morning Ryder showed some signs of concussion so her mum took her to hospital for a check up, and was sent home after being told everything was all OK.

Two days later a scan revealed a skull fracture and bleeding on the brain.

Little Ryder spent nine days in hospital and required surgery to relieve the pressure in her skull.

Mum, Karen Simmons, wants to warn other parents not to let your children play on the trolley rails.  It just takes a slip and you will never forget that moment and never know what sort of damage can be done.

Many comments I have read in response to her story have been to say that’s is common knowledge, she should not have been on there and they are not play equipment.

While that is true, it is a great reminder to all parents to be careful when out shopping with young ones. Especially as the busy season approaches.

Accidents happen. Kids love to climb and try to entertain themselves when bored. We know how long those queues get during the silly season.