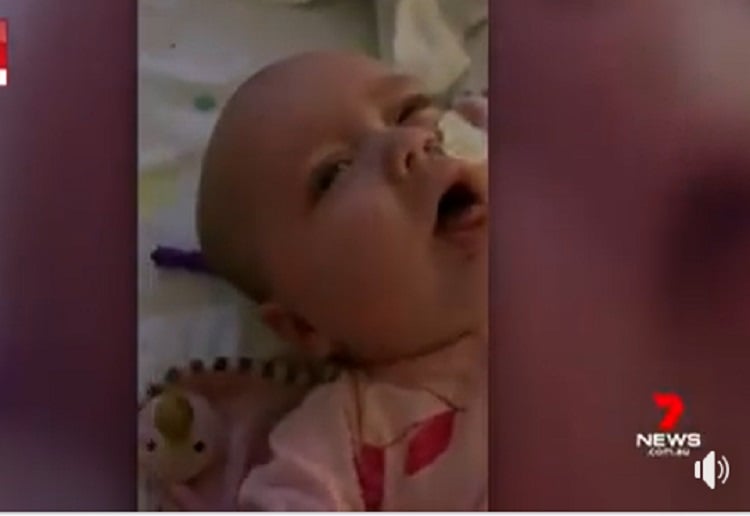 A Perth mother has a warning to new parents after her baby contracted whooping cough despite being vaccinated.

Amber Aynsley-Todd did everything she could to try to protect her daughter, but it wasn’t enough.

The chronic coughing and gasping for breath are sickening sounds that will haunt Amber, who could do nothing but watch as her five-month-old daughter Marnie battled against whooping cough.

“I would be so devastated for any other parent that has to deal with this because it was just so heartbreaking,” she said.

New guidelines say Mums-to-be should get a whooping cough vaccine at 20 weeks. Vaccination during pregnancy can reduce the risk in infants.

Babies need be to immunised at six to eight weeks, four months and six months.

Amber had the jab and made sure Marnie’s shots were up to date, but it still wasn’t enough to protect her.

“My message is very clear: have yourself and your children vaccinated,” she said.

Marnie’s already a miracle baby after Amber was diagnosed with meningitis while pregnant.

“This one, this was all on her,” Amber said. “If she decided to give up then God forbid we could have lost her.”

With her immune system compromised, Amber is now concerned about the flu and if little Marnie is strong enough to fight it off.

Amber has issued a very HARSH message to people to just get vaccinated!

Amber wrote in a social media post which has now received nearly 2000 shares, “It is YOUR job to vaccinate yourself and your kids. For them. It’s all for them. You assholes who think it’s not important because you read somewhere sometime that almost anyone can put their uneducated two cents in. I want you all to see this. I want you all to hang your heads in shame. This is it, this is what you’ve done to my baby. And what you’ve now risked all the kids that mean the world to me and are their parents entire world.”

New national guidelines have advised pregnant women to receive a whooping cough vaccination at 20 rather than 28 weeks. The earlier vaccination helps maximise protection for babies should they be born pre-term. Read more on that here.

We are thinking of little Marnie x