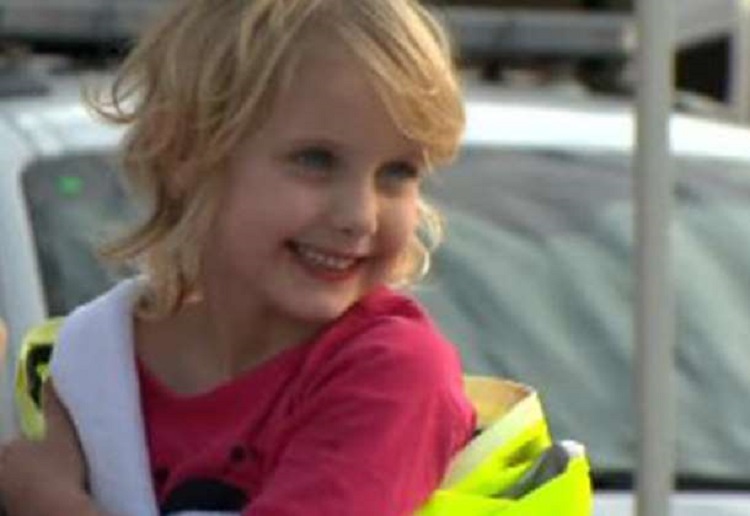 Thousands of people helped police and SES  hunt for little Jocelyn Lewis after she ran away from her parents in the suburb of Nerang on Sunday afternoon.

Almost 24 hours later and with many fearing the worst, it was mums Bree Johnson and Kylie Maudsley who located Jocelyn hiding in scrub near an industrial estate close to where she’d gone missing.

Ms Johnson, the daughter-in-law of motorsports legend Dick Johnson, denied any claims that the pair were heroes.

“There were hundreds and hundreds of people out looking for her which was just amazing,” Ms Johnson told radio station 102.9 Hot Tomato.

“It just restores your faith in humanity. We were just the lucky ones to come across her.”

Jocelyn spent Monday night at home with her family, after being given the all-clear by medical staff.

Ms Johnson said the girl had been in remarkable shape despite her ordeal.

“She was just in amazing spirits, it’s incredible,” she said.

“She was shivering and said she was cold. She had all these scratches as well, just little cuts over her feet and her legs.

“Apart from that I was amazed by how good she looked.”

Dad Steve Lewis could not thank the community enough for their fantastic support and assistance.