Article MUST WATCH The video shocking parents across the nation 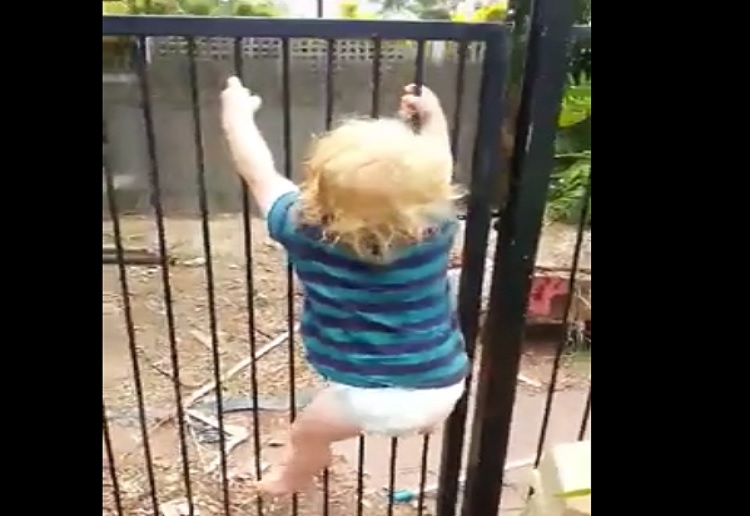 Adelaide mum shares a video showing her toddler climbing a pool fence in just 21 seconds. She is sharing to save a life.

Wendy Atkinson shared the video on Facebook in order to highlight the dangerous and encourage parents to always keep an eye on their children, reports 7 news.

The video, which has had over 421,000 views, shows Ms Atkinson’s two-year-old son Brodie easily climbing and opening a 1.45 metre gate.

She told News Corp that her goal was to warn parents and to prevent children from drowning.

“The fact that my son is in a nappy really brings the issue home,” Ms Atkinson told The Sunday Courier Mail.

“It does start with supervision but children as quick as they are can get out of your clutches and when they do, 21 seconds is not enough time for any parent to react.

“The South Australian standard height of a pool fence is 1.2m and it’s not high enough. Clearly no fence is safe, not one of them a deterrent for some kids.”

The Christie Downs mum of four said the first time she saw her son climbing the fence she “read him the riot act”, but following several child drownings this summer decided to film his feat to show parents how quickly things can get away from them.

“I wanted it to sink in peoples mind just how quick these kids are,” she said.

“It’s vigilance but it’s also just really hard. I’ve got three other kids to watch and these poor families are being absolutely hammered and for what? It’s a never ending battle,” she said.

“I’m no expert by any stretch of the imagination. But my son is teaching me and others that we need to pay attention. He’s telling us that it’s so easy.”