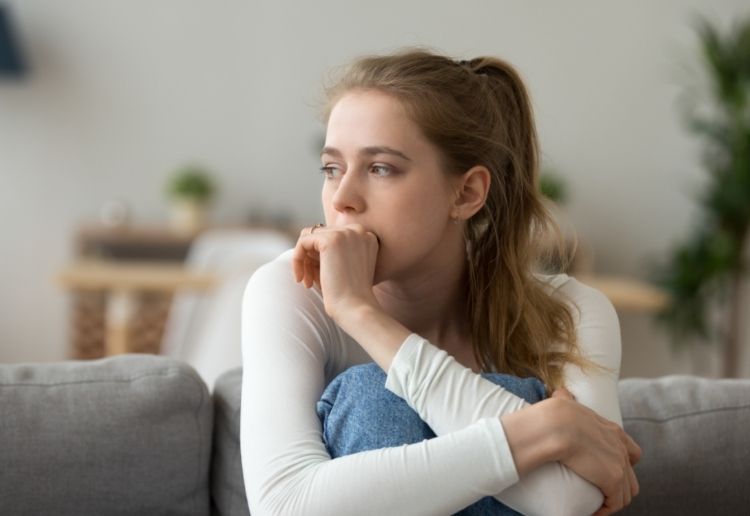 A shocked daughter says she’s ‘disgusted’ that her dad has asked her to be a surrogate for him and his new wife, who are struggling to have children.

The 26-year-old woman says her 56-year-old father and his 40-year-old wife have been trying to have a baby for the past two years, and are currently attempting IVF. But her father recently dropped a bombshell – asking his daughter if she’d be willing to be a possible surrogate, with donor DNA, if IVF isn’t successful.

“I was shocked and to be honest slightly disgusted by the idea,” she revealed on reddit. “For some background my father and I don’t have the best relationship. My parents are divorced and he was an alcoholic up until I went to college. We went three years without speaking to each other because of an argument. We only started speaking again three years ago. All of this makes the fact that he asked so shocking.”

‘I started to feel nauseous’

The woman, who doesn’t have any children of her own, says the conversation with her dad was uncomfortable.

“When he asked I gave an awkward chuckle told him, ‘I don’t even know if I ever want to physically have a child myself and if I do I would probably use surrogacy myself if I could, you know?’ He was audibly disappointed when he responded with, ‘No, I don’t know’.

“There was an awkward pause and I said, ‘Yeah well … sorry but I love you’. And we hung up. I was so shocked I thought I had entered the twilight zone and started to feel nauseous.”

The woman was keen to keep their conversation to herself, but is now considering telling her 60-year-old mum.

“We have a very close relationship and constantly tell each other everything. Even if this is the end of that conversation, the fact that my dad felt comfortable asking me is weirding me out. I’m slightly concerned she might attempt to murder him. I would like her to put the fear of God into him so he never considers even THINKING of me and surrogacy in the same sentence ever again.

“My dad is a selfish person. I know he didn’t consider the ramifications of what being pregnant and having a child would have on me at all – even if I would not be involved with raising it.

“I know part of why he asked is because he was hoping to save the money a surrogacy agency will cost. It’s grossing me out that he had to have thought about me being pregnant. It’s just grossing me out and I’d like to talk to my mum about the situation.”

The woman is now wondering if she’d be in the wrong sharing the surrogacy news with her dad, given that he asked her not to tell anyone that they’re trying for a baby.

Do you think she should tell her mum? Let us know in the comments below.