Article ‘My Husband Disowned His First Child, But He’s Still A Great Dad’ 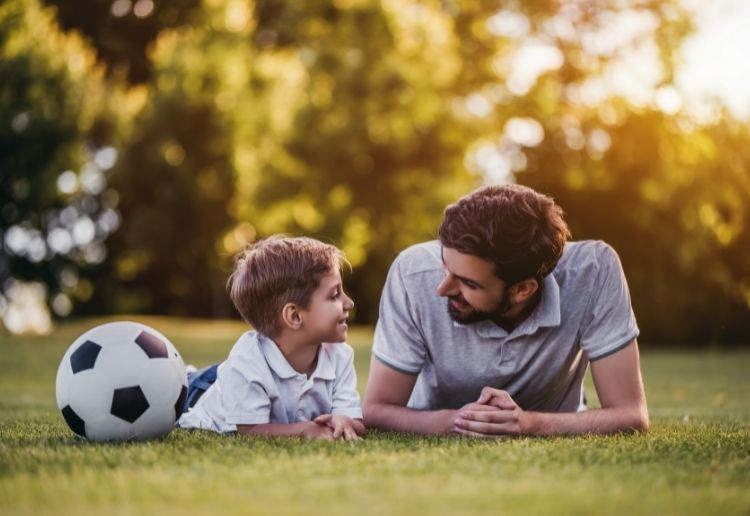 We all have a past, and for some of us, it continues to follow us throughout our lives, as one dad has discovered.

A mum-of-one has revealed that while she is well aware of her husband’s past and she’s moved on, their friends won’t let him forget it.

As the woman explains, when her husband was in his early 20s he fathered a child with the girl he was casually dating in university.

“He didn’t want to be a dad and told her as much, but she was adamant about keeping the baby,” the woman explained on reddit. “He was supportive through the pregnancy but was clear he didn’t want to be involved. He wanted to renounce his rights, but ended up with an agreement where he still pays child support but doesn’t do visitation nor has involvement in any parental decisions. The girl is now 12. He hasn’t met her nor plans to ever do.

“I met him eight years ago, we’ve been married for almost seven. He told me about the whole having a bio child out there very early on. I was (am) fine with it, it is sad that a child came to the world under those circumstances, but I don’t think he was wrong for choosing not to be involved.”

The couple has since gone on to have a son, who is now five-years-old. The woman says she fell in love with her husband because he was wonderful to her, and he still is. He was involved during the pregnancy and birth, and is a doting dad to their son. She says she thinks he’s a ‘wonderful dad and husband’.

‘You had a kid with a deadbeat’

However, the man still shares several mutual friends with the mother of his daughter. And that’s where the trouble started.

“Two of his friends married their college girlfriends, whom were/are friends with his bio daughter’s mother. In now three occasions in conversations where I said my husband is a wonderful father, one of them said something snarky and mean like, ‘Yeah, to only one of his children’.

“Over the weekend we attended to one of them kids’ birthday party. I was chatting to another mum about motherhood and said that it’s easier when you have a good team player in your spouse. The home owner mum chimed in to say, loudly, ‘If only the mother of his other child had the same!’ Later I confronted her in the kitchen. Said I was very tired of her and (other friend) comments about my husband, that she didn’t need to invite us to things or spend time with us if she didn’t want to, but it was super disrespectful to be constantly insulting him as a father.

“She told me she initially liked me but finds it distasteful and rude that I keep praising my husband as a good father when I’m well aware that he isn’t, that she will always make sure to correct me because it’s not ok that he got away with what he did and he now gets to play happy family with me and our son.

“The conversation went south from then on and of course we left. The other mum friend texted me yesterday to tell me she completely backs up what the other said and that I’m horrible for marrying and having a kid with a deadbeat and on top of it to praise him as a good dad.

“I have no doubts of my feelings, my husband has been and is great with our son and with me. I guess I never thought how my words could be insensitive towards his bio daughter and her mother (whom I’ve never met), but am I the asshole for occasionally saying my husband is a good father when talking to people? Should I stop?”

What are your thoughts on the situation? Let us know in the comments below.