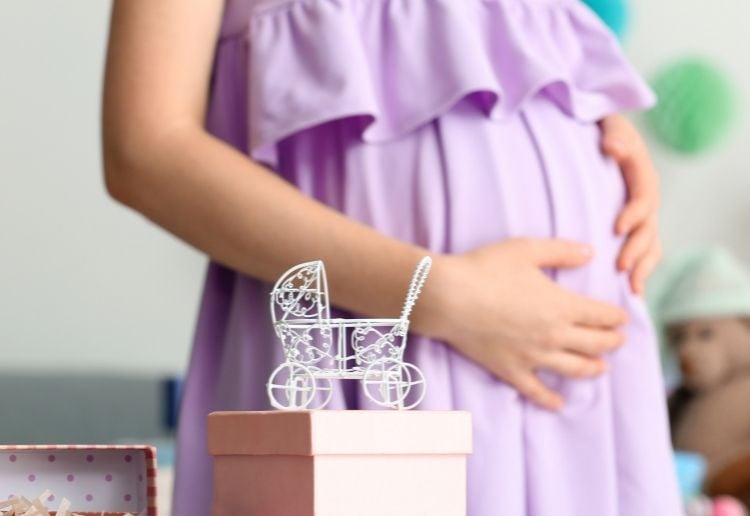 The excitement of preparing for a new baby has been completely shattered for one expecting mum, after her husband sold off their baby shower gifts to help out a friend.

The 27-year-old mum-to-be says she and her 32-year-old husband are expecting their first little one, after three years together. Her family and friends threw them a baby shower, and spoilt the couple with gifts, including baby essentials. But the beautiful gesture was undone the next day.

“I stored everything in the storage area but woke up the next day and they were all gone,” the mum-to-be explained on reddit. “I freaked out and called my husband, he didn’t pick up so I waited until he got back.

“He got back with money in his hands. I told him my baby shower gifts were gone and he said he took them and sold them. All of them the baskets, books, pyjamas, diaper pack, pacifiers, stuff worth 50-100s of dollars. I asked him why and he said because he wanted to help his friend get his van fixed so they could go on a trip next week.”

‘I told everyone what he did’

The revelation infuriated the expecting mum, who flew into a rage.

“I started yelling at him saying that I needed those things for our baby but he said we already have a nursery full of essentials then said he had no choice because his friends threatened to exclude him from the trip if he didn’t help fix the van. I had a fight with him and he said I was overreacting.”

So, she decided to let everyone know exactly what her husband had done. And before long the whole situation exploded.

“I told everyone know what he did and he started getting calls and texts from them basically calling him names and shaming him. He yelled at me saying I f****d up and acted immaturely by exposing him to everyone and sending them after him. He said that is his baby too and he is entitled to half those gifts.

“He believes I told them a sob story and ruined his reputation. He left and has been staying with a friend refusing to return my calls until I fix my mistake. I was so mad and probably done the wrong thing.”

Do you think this mum-to-be is in the wrong? Let us know in the comments below.