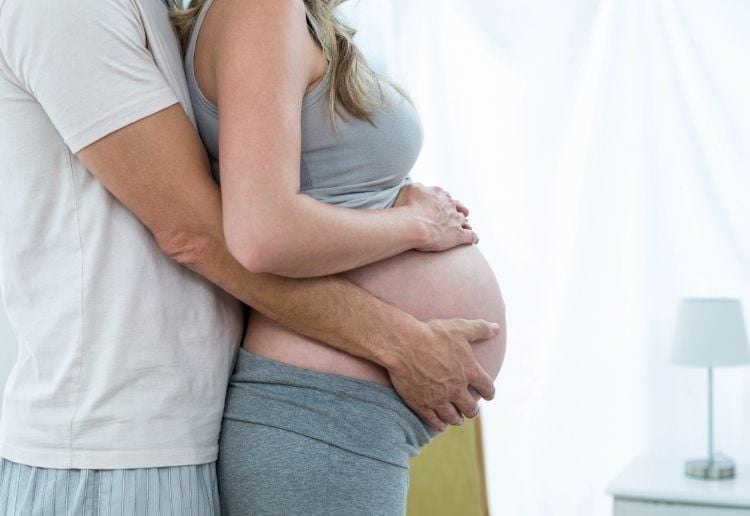 A frustrated mum-to-be is at her wits end with her husband, who wants to give their baby a questionable name that she’s described as ‘sociopathic and idiotic’.

While the name, in theory, is a beautiful tribute to a late family member, it’s likely to draw raised eyebrows and whispers if they go through with bestowing the moniker on their unborn baby.

The 35-year-old woman and her 37-year-old husband are thrilled to be expecting their first baby, after struggling with infertility and miscarriage over the past 10 years. While they had been planning to keep the gender a surprise, they may have to opt for finding out, given the current turmoil over the baby’s name.

“My husband absolutely idolised his grandpa, who, unfortunately, passed away last week,” the expecting mum revealed on reddit. “My husband is devastated, especially about the notion that his children will never meet their great grandpa who their father adored so much. As such, my husband has suggested that we name the baby after grandpa; Theodore if it’s a boy, Theodora if it’s a girl. Either way, we will either call them Teddy, or Theo/Thea respectively. It’s not that I mind the name, the issue is that our last name is Bounde; pronounced bun-dee.”

For those who might be unfamiliar, Theodore Robert Bundy, otherwise known as Ted Bundy, was an American serial killer who murdered 30 women in the 70s. Understandably, this expecting mum is concerned about her son having a name that so closely resembles that of Ted Bundy.

“I asked my husband, do you really see no issue in naming our kid Teddy Bounde? You don’t think that would raise any questions? He says no, he’s just honouring his grandpa. I told him he needs to think about how we will be perceived, how our child will be treated, and the implications that that name inherently carries. I literally had to spell out why that would be a horrible idea, and he still thinks I just hate his grandpa.

“I told him, no, grandpa was named in 1930 when the name Teddy Bounde wouldn’t have been a problem. However, since certain events in the 70s, there’s no feasible way we can give this name to our kid and not cause issues. He kept pushing and pushing until I blew up and told him to stop with the idiotic suggestion, and that’s what it is; idiotic at best, sociopathic at worst. He got extremely upset and told his family and my parents, who are divided.

“His family is obviously on his side and wants to honour grandpa via naming the baby after him. My parents are torn but on my side, as they understand the social pariah we would make our child by giving them such a similar name to the person who did such abhorrent and downright evil things to so many women. I mean, personally I don’t think anyone is just going to assume that we are honouring a passed loved one; they’re just going to think of Ted Bundy.

“Bundy’s full name was Theodore Bundy. That’s where this problem is ultimately stemming from. When a teacher reads the name from the roll, be it Theodore or Theodora, they aren’t going to assume a nickname; it’s just gonna be the full thing. Kids are dicks, and they’re gonna find a way to be mean. Let’s not just hand them the material.”

What a sticky situation! What do you think the family should do? Let us know in the comments below.