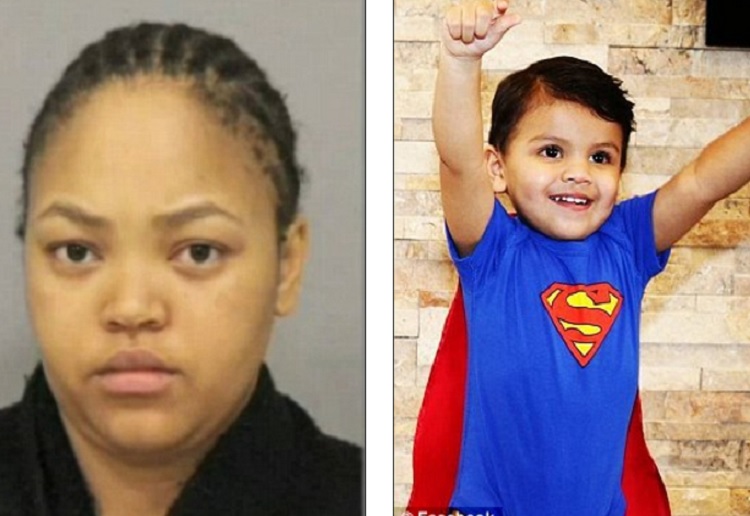 A nanny has been arrested after a horrifying video shows the woman burning a two-year-old boy with a hot curling iron because the young child needed to be ‘disciplined’.

Nosipho Nxumalo, 21, was charged with endangering the welfare of a child after her employer called police when she discovered burn marks on her son’s body, shares Daily Mail.

Mum noticed the burns while she was bathing, Xander, and he pulled away in pain after she noticed redness on his hands.

The two-year-old told his mother that Nxumalo had touched him with a hot iron.

The mother, Angela Persaud from New York, reviewed nanny cam footage and was ‘disgusted’ to watch the trusted nanny ‘burn’ her son, Xander, with a hot curling iron.

His mother told NBC, After she burns him several times, you see her — you could tell she was telling him, “See that’s what happens when you don’t listen,” and then she hugs him.

‘She’s playing these warped mind games with my child, and it’s the most disgusting thing I’ve ever witnessed in my life.’

The nanny told police she was only trying to discipline her charge.

She said to police: ‘The child wouldn’t listen. I wanted to discipline him using the iron so I burned him.’

The video shows Nxumalo testing the temperature of a red curling iron against her hand, before touching the hot rod to little Xander’s hands and legs.

Nxumalo pleaded not guilty in court to charges of second degree assault, criminal possession of a weapon in the fourth degree and endangering the welfare of a child.

The nanny had only been employed by the family for two months and was hired after being referred to a local agency, Moms Helper Inc.

The mother is now warning other parents of the dangers that come with hiring an unknown or unchecked nanny.