Article Nanny goes above and beyond to save toddlers life 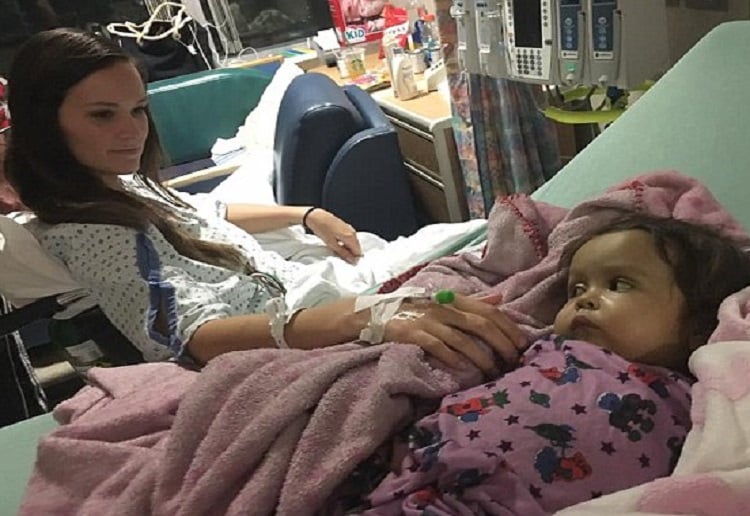 A young nanny, 22, donated part of her LIVER to save a 16-month-old girl from rare terminal disease.

Baby, Talia Rosko, was only two months old when she was diagnosed with a rare and terminal liver disease in late 2015.

Doctors in Jackson, New Jersey, told her parents, George and Farra, that unless she received a transplant, Talia likely wouldn’t live past the age of two, reports Daily Mail.

Seven months later, amid their desperate fight to find a donor, the family employed a local college student, then-21-year-old Kiersten Miles, as a nanny. Little did they know she would be their answer.

Within three weeks of caring for the Roskos’ three children, Kiersten told them she wanted to see if she was a match for Talia. Tests revealed she was.

This month, doctors successfully completed a liver transplant for the now-16-month-old. Now, while still in recovery, Kiersten dedicated her energy to raising awareness of the desperate need for more organ donors.

Kiersten said she became quickly attached to Talia, who was nine months old then. She’d only known the Rosko family for three weeks when she decided she wanted to be tested as a potential match for Talia so she could donate part of her liver.

‘I was like, “Kiersten this is not like donating blood, This is serious. You need to talk to your parents and you need to like do research”,’ Talia’s mother Farra told Pix 11.

On January 11, after six months of testing and paperwork, Kiersten was taken to the Hospital of the University of Pennsylvania. The donated organ went right across the street to the Children’s Hospital of Philadelphia to be placed in Talia.

The operation lasted about 14 hours and was successful.

Before the surgery, Kiersten had been told that she would never be able to donate again – even if one day she had a child in the same situation and she was a match. But that didn’t matter.

‘It’s such a small sacrifice when you compare it to saving a life. Some of her doctors said she possibly wouldn’t have made it past two years old.

‘All I had to do was be in the hospital for a week and a five-inch scar. I don’t know, it just seemed like such a small sacrifice to me.’

Talia’s parents said she bounced back very quickly – and was even discharged after only nine days when the average hospital stay is 14 days.

Kiersten said her first two days of recovery were the worst but that she’s feeling better now. She says she hopes more people will decide to become organ donors.

What an amazing person!