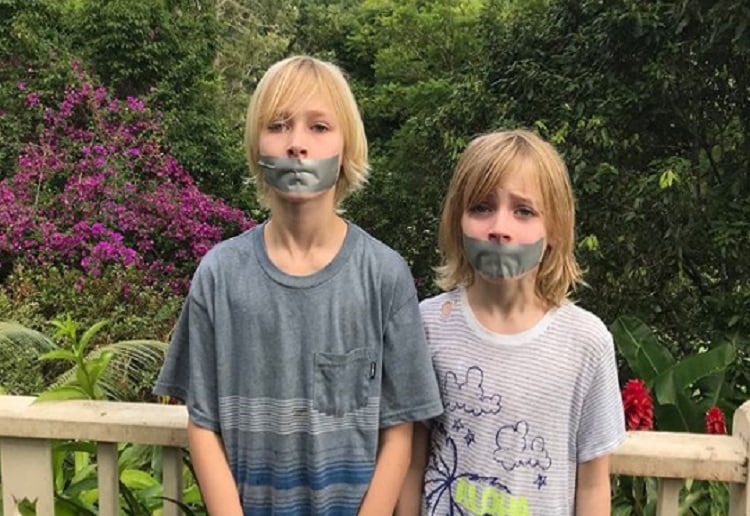 Naomi Watts took to Instagram on Sunday to share a photo of her two sons, Sasha, 11, and Samuel, 10, gagged with tape.

She captioned the strange snap: ‘Mother’s Day gift to myself’.

She added the hashtag #seenandnotheard and wished her fans, ‘Happy Mother’s Day’.

many of the actresses’ fans found the stunt hilarious, with one commenting under the photo: ‘Good idea!’

Several fans shared crying-laughing emojis, and others said they ‘love it’, with one fan quipping: ‘I relate to this on so many levels’.

However some fans found the photo a bit discomforting, with one commenting: ‘I don’t think this is funny’ while another wrote, ‘Unfortunately I don’t get it’.

Some even said it was child abuse, very dangerous and stupid.

One fan wrote, “Are you kidding??? I can’t consider this post hilarious so I’ll just unfollow!”

“The fact that so many people find this funny makes me cringe. Looks abusive and insensitive, totally deaftone”, said another.

Happy Mother’s Day… I’m so grateful to have these two wonderfully spirited people in my life. They are brilliant and unique, they keep me laughing and growing every day. Blessed beyond words to be on this journey together ???? #tb on safari @campiyakanzi in #Kenya