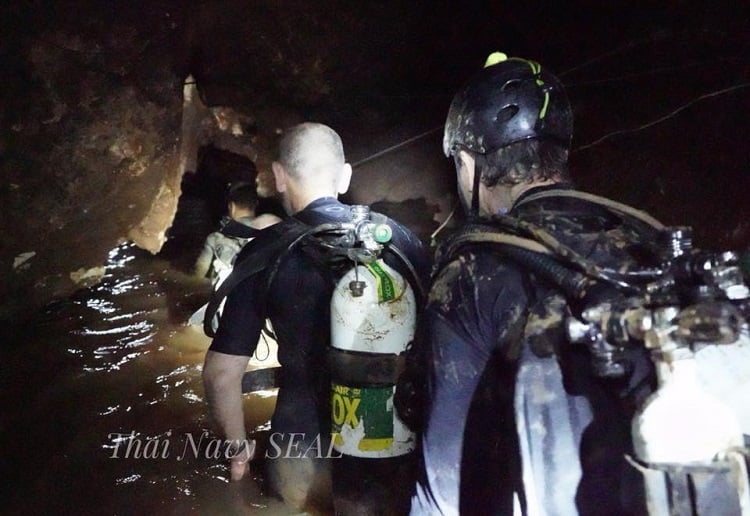 Sadly a former Thai Navy SEAL has died while trying to rescue soccer team that are trapped in a cave in Thailand.

Samarn Kunan, 37, died due to a lack of oxygen in the tunnel, said Commander Arpakorn Yookongkaew.

He was placing oxygen tanks through the cave’s underground network while preparing for a potential rescue mission for the young boys.

SEAL commander Arpakorn Yookongkaew told a news conference on Friday morning that the rescuer was working in a volunteer capacity and died during an overnight mission in which he was placing oxygen canisters. He said while underwater, the rescuer passed out and efforts to resuscitate him failed.

“Despite this, we will continue until we accomplish our mission,” Arpakorn said.

Earlier this week rescuers discovered all 12 boys and their soccer coach alive deep inside a partially flooded cave in northern Thailand.

Read more: WATCH The Moment a Team of Soccer Players and Their Coach Are Found Alive After 10 Days

The tragic death of an experienced diver underlines the dangerous risks in attempting to move the boys, who are physically weak after days without food.