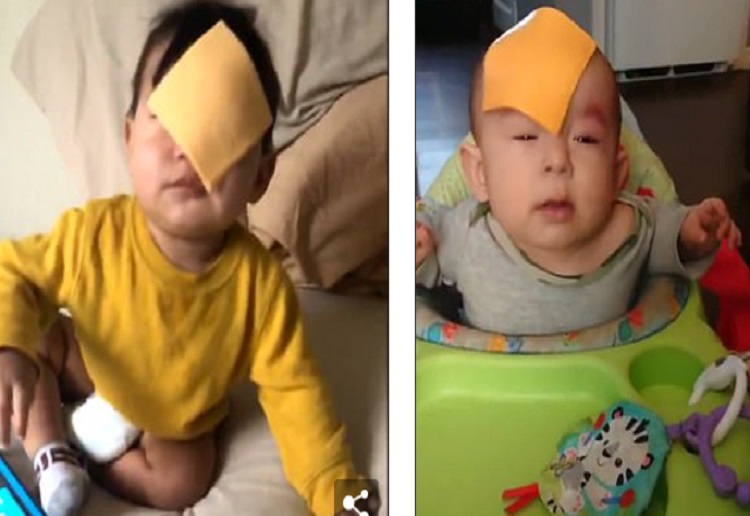 Bizarre new internet challenge has gone a bit too far.

People across social media are taking part in the ‘cheesed challenge’ – a craze where adults and older children film themselves flinging slices at babies’ faces.

The peculiar prank took off on Thursday after a Twitter user pulled a video from Facebook and said: ‘Just cheesed my lil brother.’

The video quickly went viral and had more than 8million views. It also had a plethora of crazy versions of the challenge posted in the comments.

The user – @unclehxlmes – eventually deleted the video and admitted that he had taken it from the social media site and shared it as a joke.

But that didn’t stop people sharing videos of their little ones sitting or simply existing before they were hit with the sticky slice.

Some of the children cried, while others laughed but most seemed shocked by the spectacle.