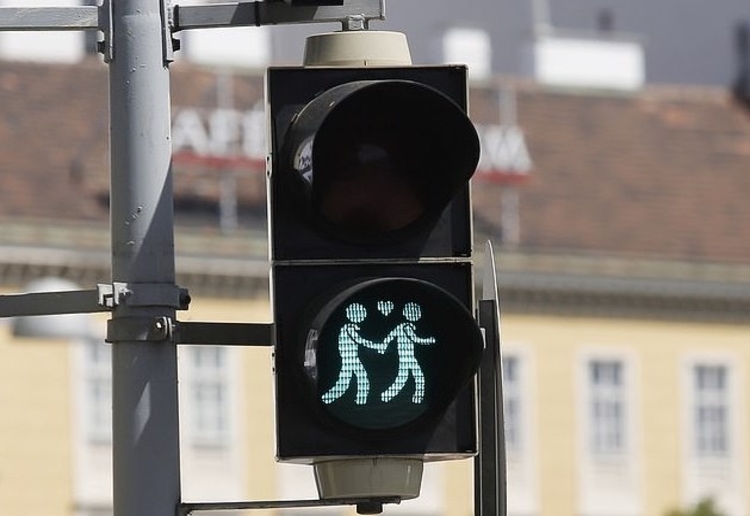 New ultra-PC pedestrian traffic lights featuring same-sex couples have been launched in Canberra. But not everyone is on board with the new lights.

Veteran broadcaster Ray Hadley has slammed the introduction of new pedestrian traffic lights in the nation’s capital that feature same-sex couples. The lights, which cost $5,500 to set up, have been installed at eight intersections around the suburb of Braddon, a move which Mr Hadley says should be extended to all social groups, not just same-sex people.

Everyone Should Get A Go

As reported in the Daily Mail, Mr Hadley says that political correctness shouldn’t discriminate. “As long as everyone gets a go, that’s all I’m worried about,” he said. “If we’re going to be PC (politically correct) we’ve got to include everyone.”

Mr Hadley suggested that the lights should also depict individuals in wheelchairs, a suggestion that we think makes total sense, but he started to lose us a bit when he suggested that including nudists on the lights would be comparable to the inclusion of other minorities.

Thing is, Ray, nudists haven’t been ignored, isolated and excluded for decades have they? And don’t traffic lights only include a silhouette anyway? If you’re going to make a point, at least make it a good one.

An Expression of Diversity

Malcolm Snow, the City Renewal Authority’s chief executive, told The Daily Mail that the suburb of Braddon was ‘the epicentre, the expression of diversity in our city’ and that the lights were introduced to mark the first anniversary of legalised gay marriage in Australia. “I think it gives credence to the statement that we are a cool little capital,” he said.

Personally, we think more diversity can only be a good thing, and what harm are a few inclusive traffic lights causing anyone? It’s a bit of a laugh really.

Do you think more inclusive traffic lights are a good idea? Tell us in the comments.