Article Newborn found ALIVE in a cesspit under a public toilet 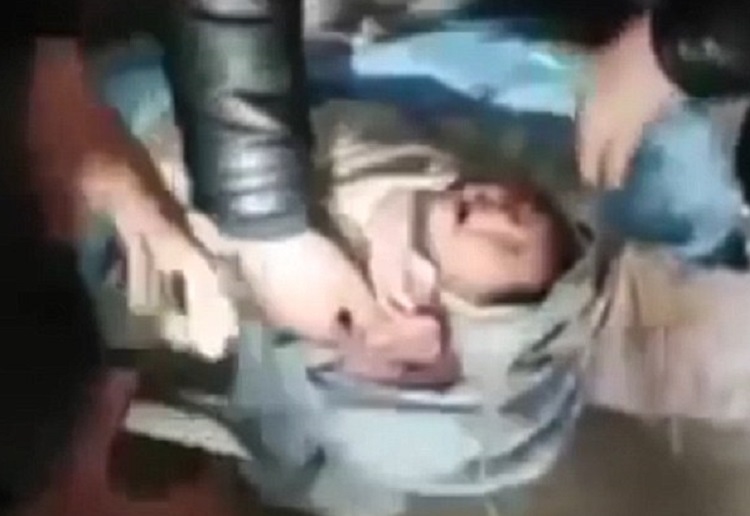 Newborn baby found dumped in a cesspit under a public toilet with a bag over its head.

Footage shared on social media shows the tiny baby crying after passers-by rescued the little one and then ripped away the plastic bag covering its head.

The baby had been dumped in a cesspit underneath a toilet in the city of Khujand in north-western Tajikistan’s Sughd Province, reports Daily Mail.

It is thought the mother had wrapped the baby’s face in plastic so nobody could hear it crying.

Thankfully the baby was spotted inside the toilet by a local using the facility who raised the alarm and called for help from neighbours.

The toilet had a small opening for liquid waste, and a separate larger hole for solid waste.

The baby had not drowned because it was placed in the bigger hole.

A video of the rescue operation shows two men using long metal poles to pull the baby out of the cesspit.

The rescuers then rip the plastic bag and plastic wrapping from the baby’s face and it immediately starts crying.  Onlookers said it was a miracle the baby had survived and that it could only have only been there a matter of minutes.

The footage of the dramatic rescue quickly went viral after it was uploaded on social media.