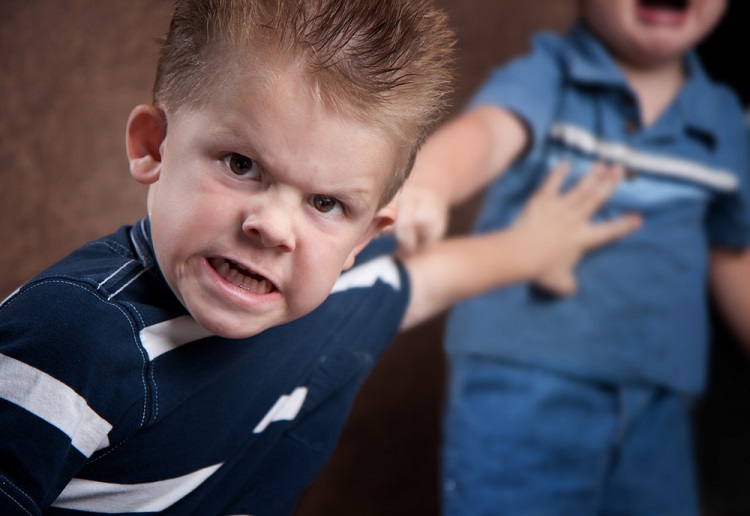 A 6-year-old boy beat his newborn sister to death after their 62-year-old mother left her young children alone in the car.

The mother, Kathleen Marie Steele, is charged with aggravated manslaughter of a child, reports YAHOO news.

Pinellas County Sheriff Bob Gulatieri said she went to a cell phone repair business in St. Petersburg on Monday and left her children in the car — the infant, a 3-year-old and a 6-year-old.

While Steele was gone, the baby began crying and the 6-year-old began beating her to make her stop, the sheriff said.

“He was tossing that baby around like a rag doll,” the sheriff said during a press conference Thursday, shortly after Steele was arrested.

Nevertheless, “The mistake is with the adult, Kathleen Steele, not a 6-year-old boy,” the sheriff said.

Gulatieri said the boy won’t face criminal charges. His mother, who lives in the St. Petersburg area, made her first court appearance Friday, saying only that she understood the charges. Her two sons have been placed in therapeutic foster care. Her attorney Robert Love said he wouldn’t contest the state’s order for Steele to have no contact with children 18 or younger.

Gulatieri painted a picture of a single mother who seemed overwhelmed and ill equipped to care for her three young children in the months leading up to the baby’s death. He said Kathleen Steele’s husband died of cancer in 2011 and she paid a significant sum to be artificially inseminated with his frozen sperm to conceive her 3-year-old son and newborn daughter, who was also named Kathleen.

She told authorities she even hoped to have more children, Gulatieri said, even though friends and family said she was struggling to raise the children on her own. The two boys were “running amok and were unsupervised” to the point that an anonymous caller contacted the state’s child protective hotline about them on Aug. 2.

Steele — who once lived in a half-million-dollar home — filed for bankruptcy last year, and an accidental fire forced the family to stay in a hotel last month. While there, the fire alarm went off and Steele told deputies she put little Kathleen in the car carrier but tripped going down the stairs and the baby tumbled out, striking her head. The baby, diagnosed with a minor brain bleed, stayed for two nights in the hospital, Gulatieri said. It was reported to the child abuse hotline, but the sheriff’s office said they did a thorough investigation and it appeared to be an accident.

Days later, a seemingly frazzled Steele took the three children to a paediatrician amid concerns the 13-day-old baby wasn’t eating. The doctor found nothing wrong and the family then headed get Steele’s cell phone fixed after the 6-year-old dropped it. The sheriff said video shows Steele left the children alone for 38 minutes while she was in the repair store.

The 6-year-old told investigators the baby started fussing and he tried to calm her. But deputies said the boy later used a doll to show how he repeatedly slammed the infant’s head into the minivan’s ceiling, dropping her on the floor, flipping her over and pummelling her.

The van’s ceiling was covered in blood and investigators said the baby was likely dead when her mother returned to the car. Her elder son tried to tell her something was wrong with the baby, but authorities said she disregarded him and stopped at a rental car company before heading home. That’s when she noticed the baby’s injuries.

“The baby was beaten and traumatized,” the sheriff added. “There was gross swelling in her face. Her skull was cracked in numerous places.”

When asked whether the boy was aware he’d killed his sister, the sheriff said he made a vague reference to his actions.

The sheriff’s child protective investigators had been scheduled to evaluate Steele on Aug. 1 about the fall that landed the baby in the hospital. However, she cancelled and had rescheduled for Aug 10 — two days after little Kathleen died.

When asked about the anonymous call to the child abuse hotline last week, the sheriff said investigators went to the home and met with the family, even though the concerns were vague.

“I’m very confident in this case that our child protection division did everything right … there was no way that anybody in hindsight would look at this and say we should have done something differently.”