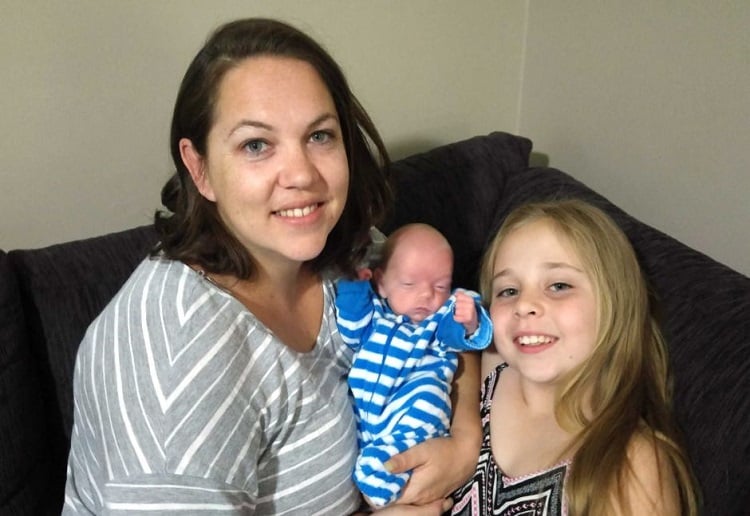 A nine-year-old girl helped her pregnant mother through a terrifying medical emergency, has been honoured with a bravery award.

Madison Dunsdon spoke to the emergency operator as her mother drifted in and out of consciousness after collapsing in the bathroom of her South Penrith home, in Sydney’s west, in October, reports ABC news.

Madison was awarded a NSW Ambulance Citation for Courage for her efforts providing information about her mother’s condition and following the operator’s instructions about how to help.

She said she kept telling herself to stay calm during the emergency, despite being frightened at how badly her mother was bleeding.

“There was a lot of bleeding and a lot of vomiting and so I went into her room because I didn’t want to see it, and talked to the ambulance people there,” she said.

“They told me to put some towels under her head and between her legs.

“I said to myself: ‘I have to stay calm, just be calm Madison, you don’t need to worry, the ambulance people will deal with it’.”

Madison said she followed the advice of the triple-0 operator, bringing towels to her mother and finding her pregnancy medical records in a bedroom drawer to give to the paramedics when they arrived.

Ms Row said that when she collapsed bleeding on the bathroom floor at 29 weeks pregnant, she called out to her daughter to phone for help.

“The bleeding was so heavy it was like turning on a tap,” she said.

“It was actually quite scary and I said ‘don’t panic, don’t panic, you’ve just got to call an ambulance’ and she said ‘all right mum, I’ll call 911′. I said ‘nope, that’s America, we’re Australia, we call triple-0′.

“She grabbed my mobile and called triple-0 then handed the phone over to me and I was able to give the address, but after that I started passing out, so she took over the call.”

Ms Row said Madison shed a few tears in the midst of the drama, but remained calm overall and did what was asked of her.

“I’m absolutely amazed with what she did and if she wasn’t there and wasn’t able to take over that phone call and do everything the paramedics told her to, I wouldn’t be here today,” she said.

“She’s my hero and I’m very proud of her. I couldn’t be any prouder.”

Madison told the ABC she was excited to be receiving the award.

“This is my first courage award, and I can’t believe I have done that,” she said.

“I saved my mum and brother so I saved two people in one day.”

She had some wise advice for other children who might find themselves in a similar situation.

“If it was my friends, I’d just say ‘OK it’s all right, I’ve done this before, you don’t need to worry, keep calm, and the ambulance people will help’.”