Article Not Your Usual Lullaby 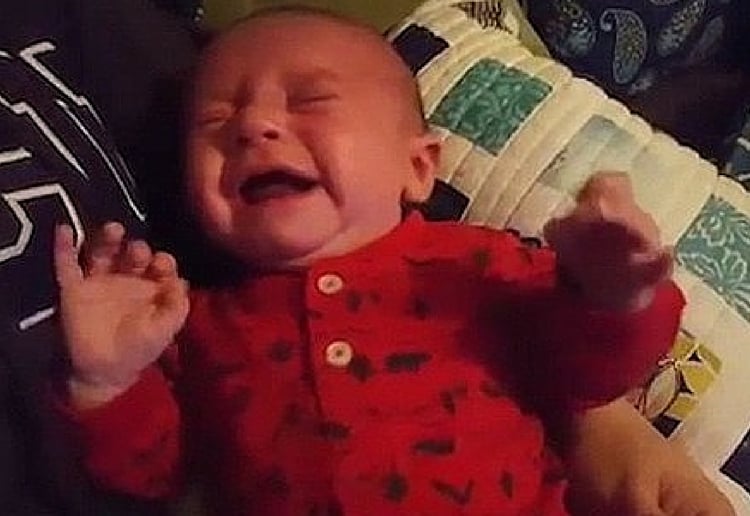 This piece is hardly the most obvious choice for a lullaby – it is definitely more suited to the movie villain it was created for.

As the video below shows, The Imperial March from the Star Wars movie franchise does indeed have its own magical soothing powers.

The clip shows an 11-week-old baby, Eli, crying hysterically before suddenly being pacified when he hears the famous music associated with Darth Vader.

“He was screaming one day and nothing would calm him down.  For some reason I decided to pull up the Imperial March, and he stopped crying as soon as it started playing.”

Micah jokes that he hoped his baby’s reaction didn’t show a liking for the ‘dark side’, adding:

“If he tries to force choke me, I’ll know something is up.”

Micah’s video has been viewed almost 400,000 times with amused Star Wars fans joking that the tot may be a Sith – an evil warrior from the dark side – in the making.

WATCH the video below: