Article Now You Can Get Gaytime, Bubble O’Bill And Paddle Pop Ice Cream In Tubs 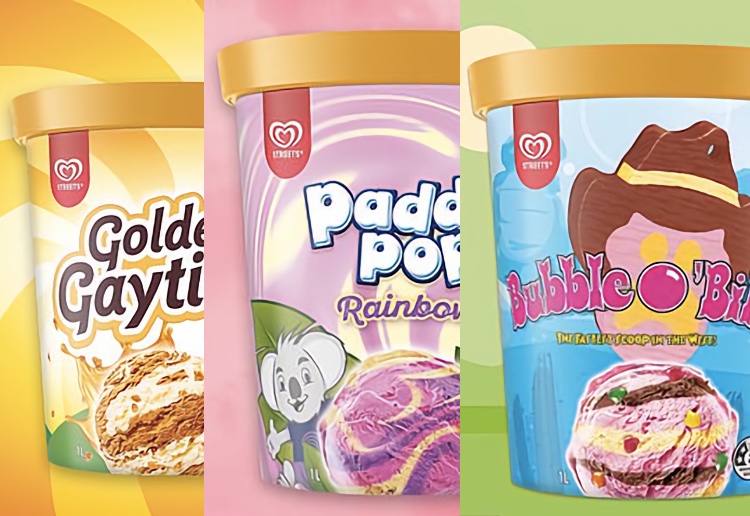 Life may be tough at the moment. But thank goodness we have ice cream. And now we can soothe our sorrows with one litre tubs of our favourite ice cream flavours. Yep, we’re talking Rainbow Paddle Pop, Bubble O’Bill and Golden Gaytime.

Clearly a mere ice cream on a stick is just not enough! Now, ice cream brand Streets are launching 1-litre tubs of three of Australia’s most iconic ice creams.

The company has said that they picked the flavours for the first tubs of ‘scoopable’ ice cream based on what the nation has voted as their favourites.

This includes the caramel flavoured, swirl of colours of rainbow Paddle Pop, Bubble O’Bill – which is a chocolate/caramel ice cream combo studded with bubble gum flavoured candy pieces and Golden Gaytime, made from toffee and vanilla flavoured ice cream combined with crispy biscuit.

Where Can I Get These New Ice Cream Tubs?

The new tubs have launched exclusively in IGA throughout Australia and will then be available in Woolworths at the end of July and Coles from mid-August.

“We’ve been trying to keep it a secret, but the rumours are true,” she said.

“These are the top requests we receive from Streets’ fans, and we couldn’t be happier to deliver what they want.”

Which flavour ice cream tub would you be keen to try first? Tell us in the comments below.