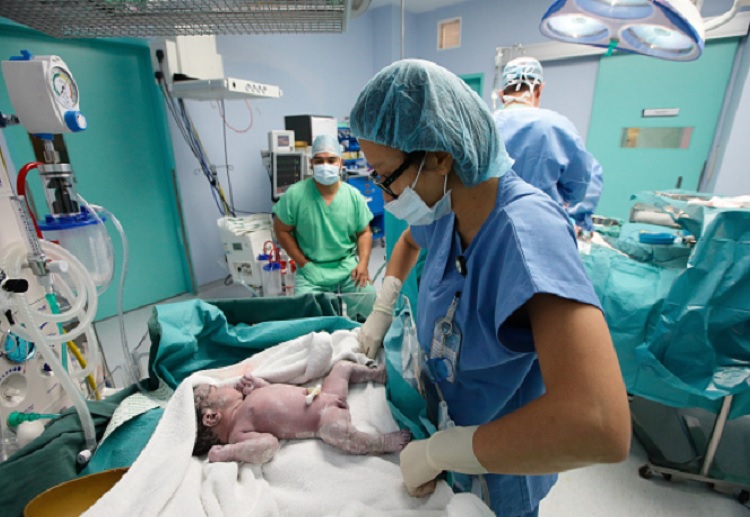 Early elective caesareans are jeopardising the health of thousands of babies each year.

The Sydney Morning Herald reporter, Harriet Alexander, has wrote “NSW Health issued a policy directive to hospitals in 2007 requiring them not to perform elective caesareans before 39 weeks’ gestation unless there was a compelling medical reason.

Caesarean babies delivered earlier than 39 weeks have higher rates of respiratory distress and most international obstetric associations recommend that they are not delivered before that date.

But an analysis of birth data shows that NSW public hospitals are disregarding the directive, with one hospital delivering elective caesareans earlier than 39 weeks to 67.5 per cent of mothers who have previously had a caesarean delivery.

Researchers from the Kolling Institute of Medical Research analysed birth and hospital data between 2008 and 2011 to evaluate whether hospitals were complying with the government directive, and their results were published in Public Health Research and Practice.

Early delivery was more likely among women who had private health cover, were smokers or had used reproductive technology.

The Kolling’s clinical population and perinatal health research director, Christine Roberts, said elective caesareans might be performed earlier than the recommended time due to convenience, the preference of patients or their clinicians or access to operating theatres.

Miracle Babies founder and neonatologist Robert Guaran said the rate of early elective caesareans was too high, with those babies more likely to suffer respiratory distress and perform poorly in the long term.

“Being born early does make it more likely that you will require neonatal intensive care,” Dr Guaran said. “We do need to ensure that mothers realise the risks of having an elective caesarean before 39 weeks.”

Delivery was more likely to be early among women who had private health cover, who were smokers or who had used assisted reproductive technology such as IVF.

But Royal Australian and New Zealand College of Obstetricians vice-president Steve Robson said some of the early deliveries might only be a day or two earlier than 39 weeks and the study did not make this clear. The college guidelines recommend elective caesareans be scheduled at “approximately” 39 weeks for women without additional risks.

Obstetricians may err on the side of delivering a day or two before 39 weeks if the alternative was to schedule after 40 weeks, in order to avoid the woman going into labour early, Professor Robson said. “For example, the situation we’re very conscious of is you might have operations closed for caesareans on a public holiday and we saw this a lot over the Christmas and New Year break,” he said.

“It’s unrealistic to expect the doctors at hospital to schedule a woman’s delivery to 40 weeks just because she was due [on a public holiday].”

NSW Health declined to comment on the usual rate of compliance with its policy directives, or the acceptability of one-third of births not to be complying with its elective caesarean mandate.

“Variations in practice in the timing of elective or pre-labour caesarean section may be due to … individual differences in clinicians’ decision-making; women’s preferences; and the challenge of scheduling the operation which may be logistically difficult for hospitals and for women and their families.”

The department would review the policy in early 2016 and identify how awareness could be raised among clinicians, it said.

Overseas jurisdictions have attempted to reduce the number of elected caesareans before 39 weeks by empowering physicians to refuse to do them before this date or by requiring a peer review of the reasons why such deliveries were allowed early.”