Article Official Complaints Made Over That Disgusting AGT Act 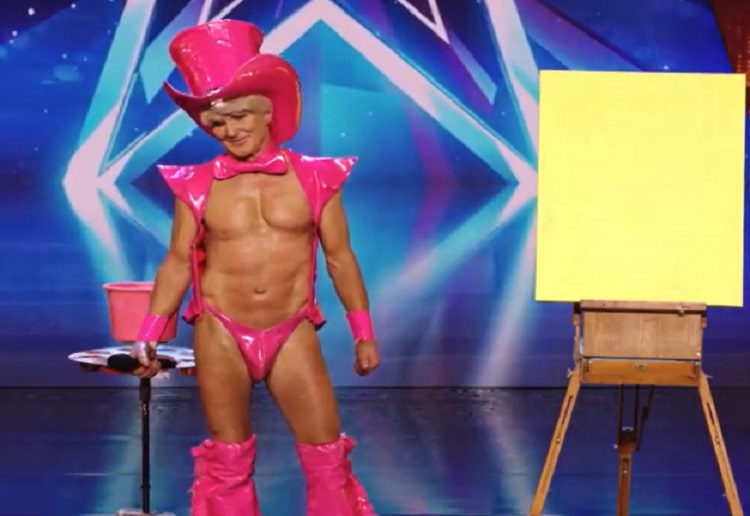 Seems we are not the only ones that thought this act on Australia’s Got Talent was in poor taste!

We shared the discussion yesterday asking what you guys thought with many agreeing it was disgusting.

“I think I’m pretty open-minded but I thought Pricasso was just too much! My five year old LOVES the Got Talent shows but there is NO way I’m going to let him watch this one. It felt like a pretty seedy stunt to get us talking about it (I guess, it worked!). What did you think? Did your kids watch the show? Would you let your 5 year old watch it?”

Others agreed that it shouldn’t be on in the time slot and was not for young viewing.

“Shouldn’t be on. Suppose to be a talent show.”

“Same we switched it off! Not appropriate for that time of night let alone a PG show.”

” I actually found it entertaining for a raunchy Vegas show or something…. but absolutely inappropriate for family friendly TV…. maybe Australia is way more lax than the US”

“I was a bit shocked as I was sitting with my 10yr daughter. I tried to cover her eyes but she’d already seen it. A bit of warning would have been nice!”

One of you even suggested, “A complaint should be made to channel 7. Isn’t there an ad that says you can complain is you find something inappropriate? I see the funny side of this but not in a PG time slot. Lots of young kids watch this show and it’s not appropriate for them to see.”

The appropriately named “Pricasso” soon had viewers shouting down the phone lines.

The media authority said a number of official complaints had been made regarding the inclusion of the censored, but suggestive performance during a typically family-friendly time slot of 7pm.

“The ACMA has received three complaints about the episode of Australia’s Got Talent,” the authority said last night.

One of the acts on Monday nights episode really wasn’t much better either! Watch below.

Do you think they need to review the time slot? Share your comments below