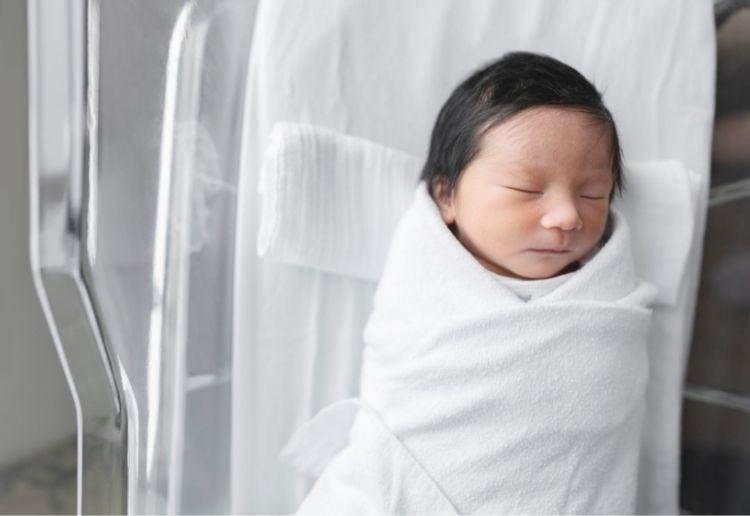 Parents in New South Wales are bucking the trend to give their tots unique baby names, with the same popular monikers making yet another appearance in the state’s top 100 baby names.

For the seventh consecutive year, Oliver has taken top billing for the boys, while the ever-popular Olivia topped the girls’ list.

New South Wales Registry of Births, Deaths and Marriages has just released its list of the 100 most popular boys and girls names given to babies in 2021. Oliver has topped the boys’ list since 2014, and Olivia has made an appearance in the top five girls’ names since 2014. According to the list, 695 boys were named Oliver in NSW in 2021, and 493 girls were given the name Olivia. 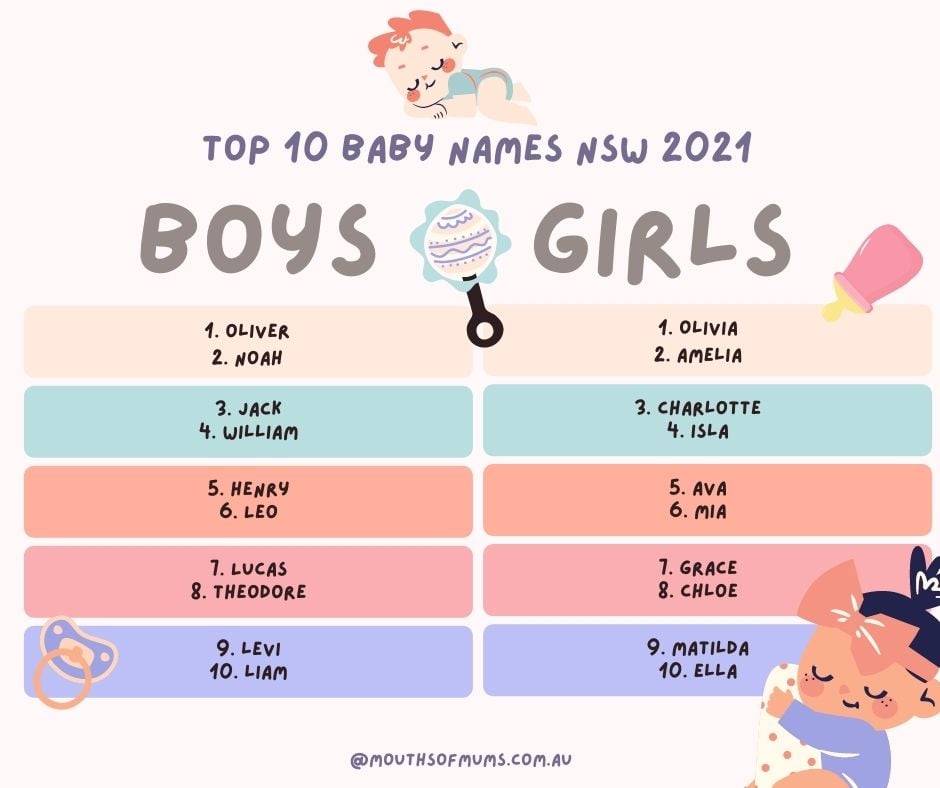 Making an appearance in the top 10 last year were Theodore, Levi and Matilda. While new names to the list including the adorable Pippa and Valentina for the girls and River, Roman and Zayne for the boys.

According to The Sydney Morning Herald there were 90,059 babies born in NSW in 2020. 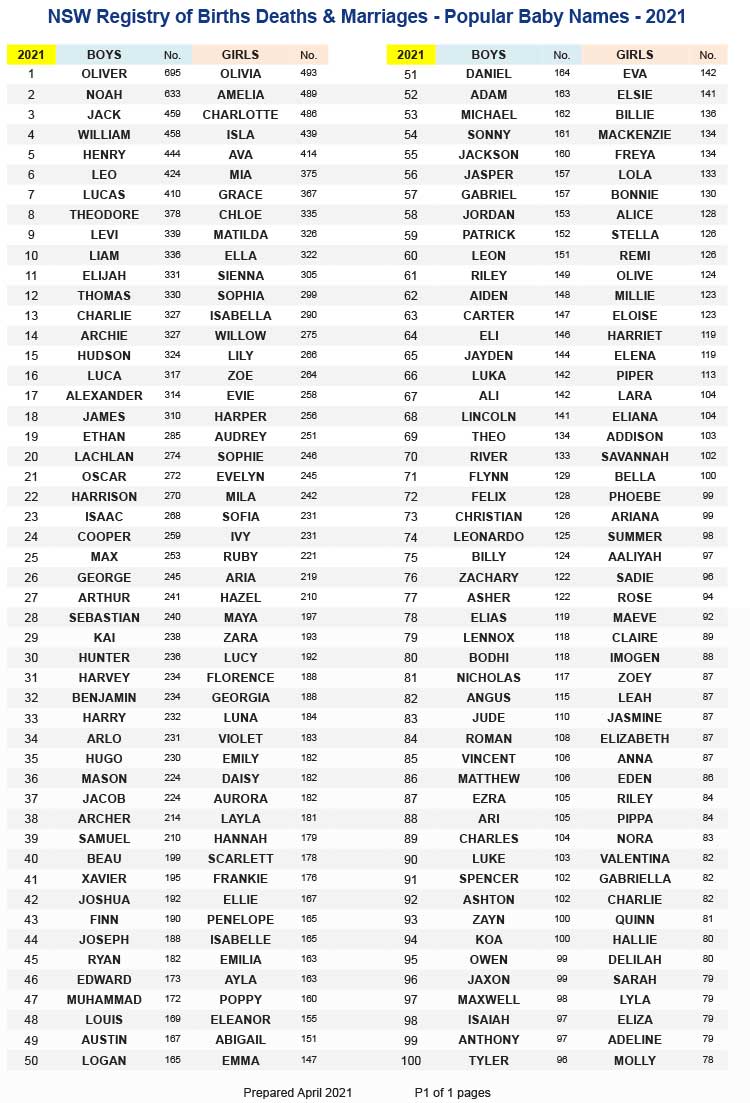 Did you have a baby in 2021? Was their name on the list? Let us know in the comments below.