Article OMG We Can’t Believe How Hot Sam From The Biggest Loser Looks! 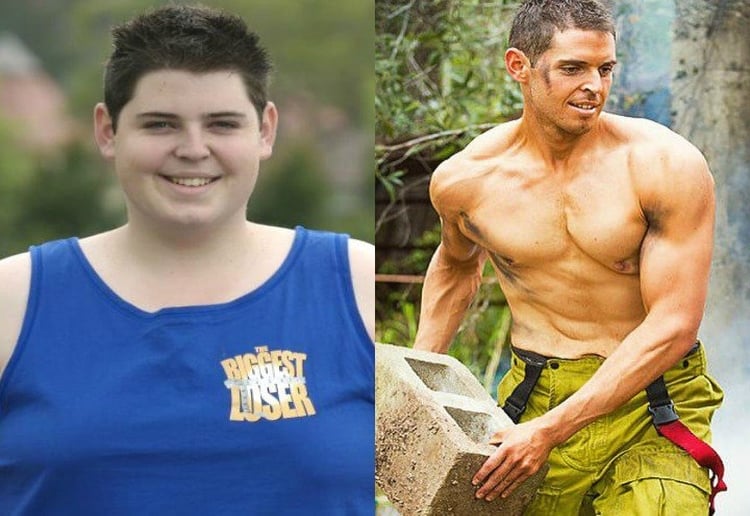 After losing 72kg on Australia’s most popular weight loss series, Sam is healthier than ever and looking for love.

Recently calling off his engagement to fiancee Danielle Schot, Sam Rouen is newly single and looking for love. He was spotted on popular dating app Bumble flaunting his slimmed-down frame The Daily Mail reports. Sam, a firefighter from Sydney’s west lost a whopping 72kg on the very first series of Australia’s The Biggest Loser and has been a social media sensation ever since.

At just 19 years old, Sam became the first ever winner of the weight loss series, entering the show at a staggering 154kg before shedding almost half his body weight to claim victory.

Ten years later, Sam is one of the show’s biggest success stories, keeping the weight off and maintaining a healthy, active lifestyle.

Posting on facebook to celebrate ten years since his victory Sam said, “Wasn’t sure if I was going to do this post…however. 10 years hey. What a time. So much has happened, good, bad, everything in between. Highest highs and lowest lows. All I know is I’ve got some amazing people in my corner and I’m unconditionally appreciative of that.”

But former fiancee Danielle Schot is certainly not in Sam’s corner, with the couple ending their two year engagement.

Danielle and Sam were engaged in 2016, with Sam sharing a post on social media to announce the happy news. “It’s not every day that you ask the person you love to marry them. Today was definitely a special day and one we will never forget. Excited to see what the future holds and feel incredibly blessed to have such a loving partner and amazing families on both sides. Thank you for (eventually) saying yes, I’m definitely the luckiest guy in the world.”

It’s hard to believe that in just a couple of years such a happy relationship could turn sour, with all evidence of their engagement wiped from Sam’s social media and dating accounts, prompting fans to ask what went wrong.

Either way, Sam is now on the market and looking for love again on Bumble, sharing photos of his post-fitness routine and adorable dogs.

We’re sure he won’t be on the market for long ladies, so you know where to find him!

Have you got a story of an engagement that went sour? Share it in the comments.