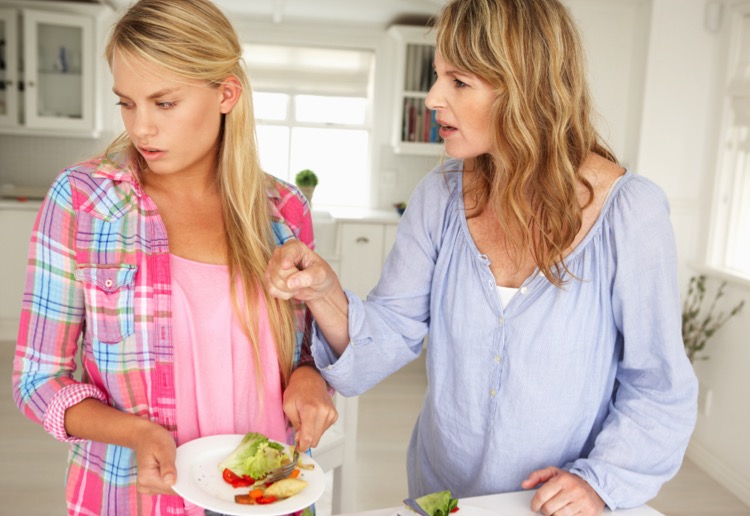 One of the biggest challenges that parents of teenagers face is how to maintain a good relationship with a young person whilst also managing their sometimes tricky and anti-social behaviour.

The balance between being the good guy and the bad guy is precarious. There are two simple strategies which, when used together, can really help parents straddle this great divide: following through and following up.

When used wisely and consistently, these two rules can help parents manage teenagers during their more difficult stages, while still maintaining a respectful relationship.

Following through means doing what you said you’d do.

Following through is about taking action and the most appropriate action for a parent is the use of behavioural consequences. When a teen behaves poorly, irresponsibly, breaks family rules or someone’s individual rights, then the experience of a negative consequence teaches him or her that there is a link between their behaviour and outcomes.  It teaches them responsibility. This may sound tough but it is how society operates.  If you drive too fast, you receive a fine. If you harm someone, you will be issued with a suitable punishment. ‘Cross a line and something happens’ is the accepted wisdom in most communities, in schools and in family-life.

It’s important that the consequence issued matches the misdemeanour.  When parents go too far – “you’re grounded for the whole term” – this generally raises resentment.  When parents are not strong enough – “you should apologise” just becomes ineffective.  Keep the consequences related to the misdemeanour.   Taking away a teenager’s pocket money to remind him to come home on time defies teenage logic and will generally lead to added resentment.  A rational, logical approach is a parent’s best defence against teen emotion.

The key to the successful use of consequences rests with how the adult implements them.  If issued in anger (even though that’s how you feel) then you are inviting the young person to challenge you. When you implement the consequences dispassionately and calmly you will increase the likelihood of the teen being mad at herself rather than angry with you. Nonchalance is a parent’s best friend when it comes to managing the behaviour of highly-spirited teens.

It’s easy to block a young person out emotionally following a behaviour meltdown or disagreement, particularly when they’ve said or done something hurtful.  Once the dust has settled after discipline or a dispute then follow-up with a kind word, an enjoyable activity or even just a sincere smile.  It generally takes the adult in the relationship – parents or teachers – to make the first move to put the relationship back on an even keel.  It’s smart to choose a time when you are both more relaxed rather than rushing to make up before either person is ready, which can make matters worse.

Following through and following up are a dynamic discipline duo when they are used together as they help parents straddle the good guy/bad guy line that seems to appear on almost a daily basis. Use one without the other and you will be seen as either too harsh or too soft.  Use them together and you more than likely will hit the right parenting mark.

How are your children handling their teenage years? Share with us below.