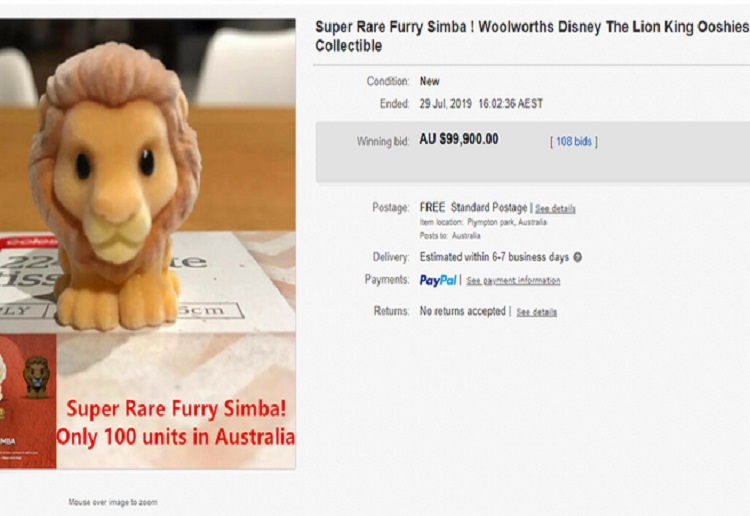 The rare furry Simba Ooshie is once again for sale after the owner of the item explained the bidder failed to pay almost $100,000 for the item after winning the auction on eBay.

On Thursday, the first ‘super rare’ furry Simba Ooshie went for auction on the website starting at an eye-watering $10,000. Five days later it officially sold for almost 10 times the amount.

The ‘Furry Simba’ sold for a ridiculous $99,900 with 108 bids made over the length of the auction. But the seller said the item is back on eBay after the winning bidder failed to cough up the cash.

“(The bidder) said his daughter just bid on it for fun, so we have to cancel his order and relist it again,” they told 7NEWS.com.au.

The seller said they were annoyed some users were taking the sale as a joke.

“I do have some buyers (that) are serious and willing to pay a good price for it, but a couple of buyers (sic) are just doing it for fun.”

The seller is now considering offers from previous bidders.