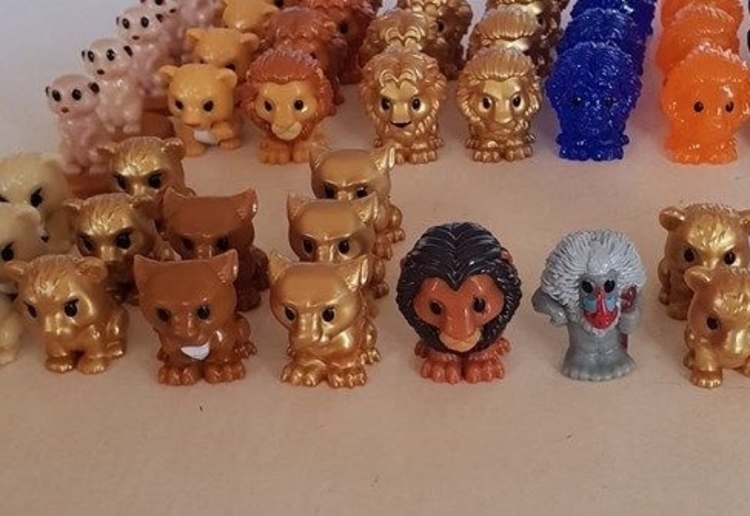 One mum shares her experience after her kids turn into little monsters thanks to the Ooshies craze.

Victorian mum, Shona Hendley, writes that as soon as she saw the mountain of plastic Ooshie bags that arrived with her grocery order she knew she would regret it.

“Are they Ooshies?!” Exclaimed my five-year-old daughter before I had even shut the door to our local Woolies delivery man,” writes Shona.

“They are not all yours!” Replied my six-year-old as they both pounced on this ‘gift’ that at least I never truly wanted.

Adding, “in front of me were my two (usually well behaved) daughters fighting like two animal kings battling for their pride. It was the battle of the Ooshies.”

Continuing on with the experience the mum of two shared, “After breaking up this Ooshie scramble and a firm motherly discussion about behaviour, they decided that sharing these collectables was a much better option. The Ooshies were evenly distributed and the opening of the plastic bags began.

“Oh no, I got twins,” my eldest announced with disappointment as she opened two matching Ooshies. “Triplets,” she cried (literally) about ten seconds later. Yep, out of the four she was given, three were the same.”

“More Ooshie fires were put out and all was forgotten. That was, until the next day….”

The mum shared after dropping her kids at school she noticed the battle begin all over again.

“Upon arrival about four other classmates started extracting their Ooshie collections from their school bags, gravitating to one another like a magnetic Ooshie force was bringing them together. They examined each other’s collections scrupulously.”

“It was like an Ooshie cult. All that mattered was Ooshies, which ones you had, what colour they were, what status they had. And with my daughter not bringing hers to school with her that day, she was excluded from this exclusive club because she had no Ooshies to show: cue Ooshie meltdown number three.”

The mum wrote, “as I returned home with my daughters from school that afternoon, Grandma came to visit and with her she had… yep, Ooshies (thanks Gma!)”

Made even worse by the discovery of a ‘rare’ Ooshie by only one of my two children.

Shona concludes, “I blame Ooshies. In fact, I am going to make a big statement and declare that I completely blame Ooshies for bringing out the worst in my children.

???? that is all. Link in bio #parenting #kids #lionking #ooshies

One nine-year-old girl who wasn’t impressed by the Coles Little Shop and the Fresh Stikeez collections has finally spoken up and called on Coles to stop the plastic pollution.

Harper listed why she and her school are “massively, hugely, most absolutely certain that you must stop the mini collectables”.

“You announce that you will stop selling plastic bags and you decide to start this useless junk (making it) even worse, what you are thinking?!” she adds.

“Our ocean is being polluted every 60 seconds, and because of plastic a lot of animals die.

“Imagine if there was no animals what could happen? There would be no honey, no meat and no pets.

“Do you want that to happen? I think not. So we are depending on you to stop!!!

Harper went on to say that her class has started a petition to get the collections banned, which has been signed by many students at her school. 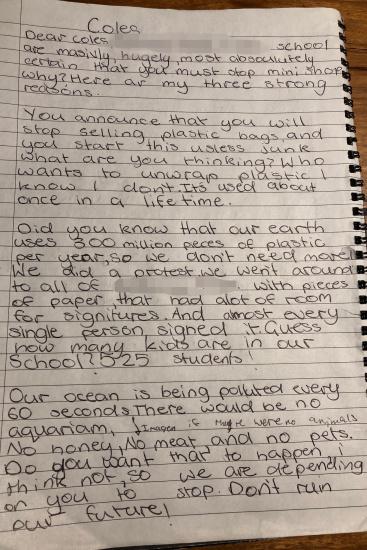 I am surprised they are not banned from schools already. It always seems to cause a drama. The last round of collectables resulted in many schools banning them.

Are Ooshies or Coles Little Shop 2 causing problems between your children at home or school?