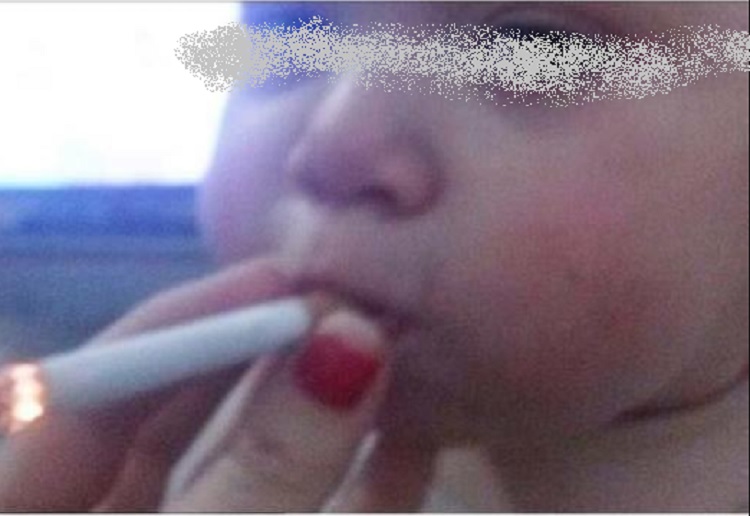 An image showing a baby smoking has sparked outrage on social media with some people calling for child services to intervene.

The picture, posted to Instagram, shows a toddler inhaling from a lit cigarette being held by an adult, shares Daily Mail.

The caption for the post read ‘trying brittnies cig hahaha’ and justified the ‘joke photo’ by saying the child ‘barely inhaled.’

‘For everyone getting offended she only had one puff.’

The image, which has been shared on Reddit, sparked outrage with people calling for the child to be removed from the person’s care.

‘This isn’t funny, you should have your child took (sic) off you,’ one person commented.

Another concerned observer said ‘this is the kind of thing you report to the authorities.’

‘I think this is the angriest Reddit has ever made me,’ one particularly distressed social media user added.

People argued ‘I don’t think the context is the problem – just the fact a child has a cigarette in their mouth.’ 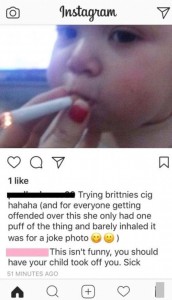 Outrageous!  I really hope this is just a photo shop stitch up.