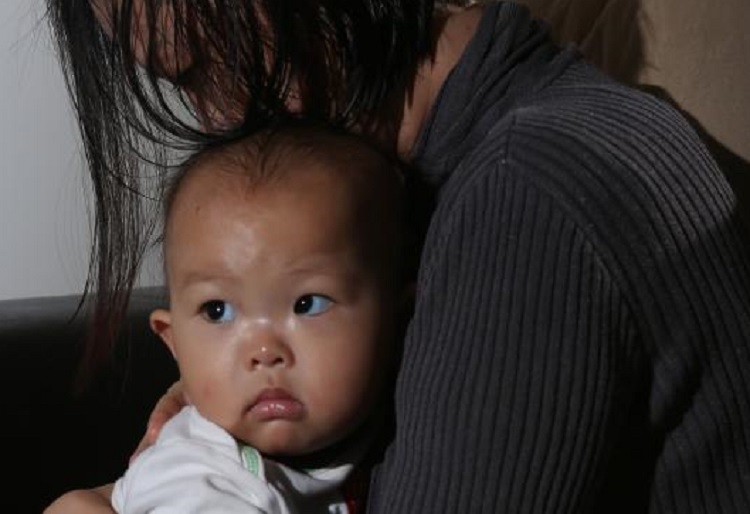 A Queensland mum has been left feeling embarrassed and ashamed after a theme park employee told her she had to breastfeed her daughter in a filthy toilet.

Mimi Lo, a 37-year-old IT worker, was feeding 14-month-old Candice at Movie World when a male staff member demanded she stop doing it in public, The Gold Coast Bulletin reports.

Mimi is now too embarrassed to show her face for fear of people judging her.

“I feel so ashamed, I feel like I’ve done something very wrong,’’ she said.

“People were staring at me when it happened. I said, `Of course, I’m sorry’ to the man but when I went to the toilet it was dirty and I didn’t want to feed my baby there.

“He wasn’t really talking directly to me because he didn’t want to see it. He was telling my mum who doesn’t even speak English saying I was only allowed to do it in the toilet.”

The theme park has since apologised, saying it had “let Ms Lo down”.

“Warner Bros. Movie World would like to apologise to the family for their experience at our theme park and that we let them down on this occasion,” a spokesman said.

“As a family-friendly destination, Movie World provides a welcoming environment for all our of guests, including breastfeeding mothers,” the park said in a statement.

WHAT?!? I will never understand why people are so degrading to women breastfeeding. Get a grip man!

This comes just days after Jetstar apologised to a Queensland mother who was asked to cover up while expressing breast milk during her flight. That mum also said “She made me feel like I was doing something dirty rather than something normal.”