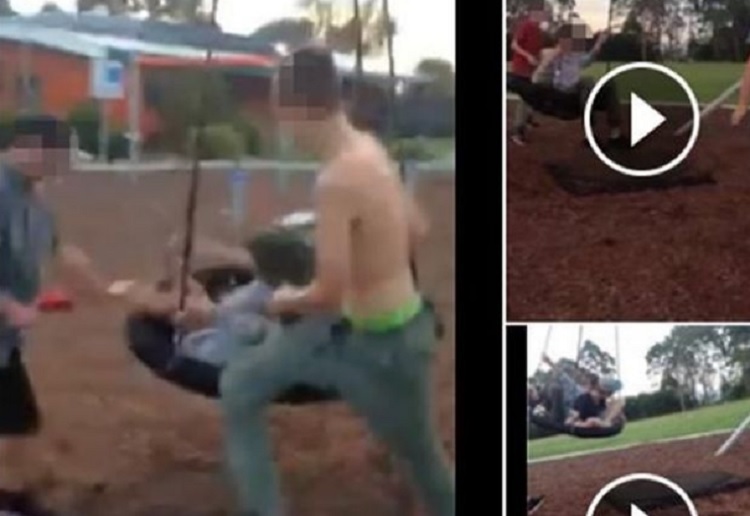 Three teenagers filmed themselves allegedly terrorising and beating up a boy with autism at a local skate park.

The victim, a 15-year-old from Bonnell’s Bay near Newcastle, screams and squeals in fear as the group attack him while he lies prone on a large swing.

Three videos* of the attack on Saturday evening were posted to Facebook by one of the accused, who bragged about bashing up a “girl” for “talking s–t”.

The three alleged attackers, aged 19, 17 and 16, dance around the frightened boy, tormenting him with verbal abuse and punching and kicking him.

The trio were charged with robbery in company.

One of the alleged attackers boasted on his Facebook account that the videos had been viewed 3,500 times in under two hours.

That post, along with videos of the alleged skate park assault, was a lightning rod for widespread condemnation and horror over the incident.

One Facebook commenter posted an address of a house where it was claimed the three boys live.

Threats of violence were made against the group, who were called “sick”, “weak dogs”, “scum”, and “gronks” in an outpouring of unprintable vitriol.

NSW police said the victim suffered cuts and bruises to his face and body.

*We have chosen not to include the brutal video in our post.