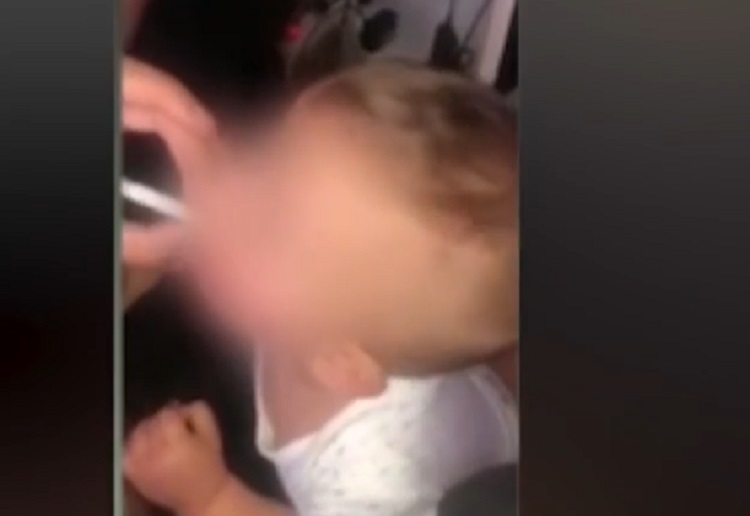 A mother has sparked outrage after posting a video of her forcing her toddler to smoke a cigarette ‘to put him off them’.

The video, posted on her Instagram account, shows the father passing the 11-month-old boy a cigarette as they both watched him taking a puff.

The toddler attempted to hold the cigarette himself and refused to let go of it.

According to local media, the mother, from Madrid, Spain, apologised on her social media account after the video had caused outrage online.

She claimed her son ‘always reaches for the tobacco as if it was food’ whenever he sees his father smoking.

She said that she was sorry and explained that she wanted to see if the baby ‘would find it disgusting’.

“I thought that putting it in his mouth would take disgust, like the mother who throws pepper to the pacifier for the child to take disgust.

“I was wrong, and I’m super sorry and scared for everything that is going on.”

The Mirror reports, it’s unknown if the Madrid authorities will take any action on the matter and take custody of the parents.