Article Parents of conjoined twins are praying for miracle surgery 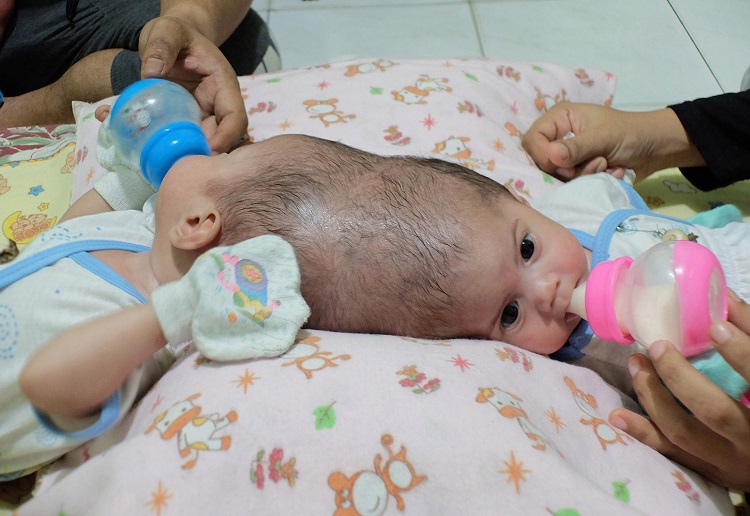 Meet four-month-old conjoined twins, Nadira Alifa Putri and Nadiba Aisyah Putri, they are joined at the skull with separate brains.

Parents Siti Nuryaningsih and Juarnes Prana Dinata, both 30, welcomed triplets at the Tanjungpinang Regional General Hospital in Indonesia via a caesarean section, reports The Sun.

Dinata said: “The doctors were shocked at birth when they realised it was a triplet and a conjoined twin as well.

“I am glad that all the babies are healthy but I am really looking forward to their separation of the conjoined babies.

“It is really difficult for me and my wife to see them like that.”

The mum-of-three has said attempting surgery will be in their best interest and “a step that needs to be taken”.

Nuryaningsih added: “When one sleeps the other one wants to play so their sense of doing things is really messed up.”

Juarnes said: “The results were not satisfactory because the doctors in the Cipto Mangunkusumo Hospital will not be able to perform a separation surgery until they reach the minimal weight of 10 kilograms.

“We are hoping that the babies will gain weight in the next 6-8 months.”