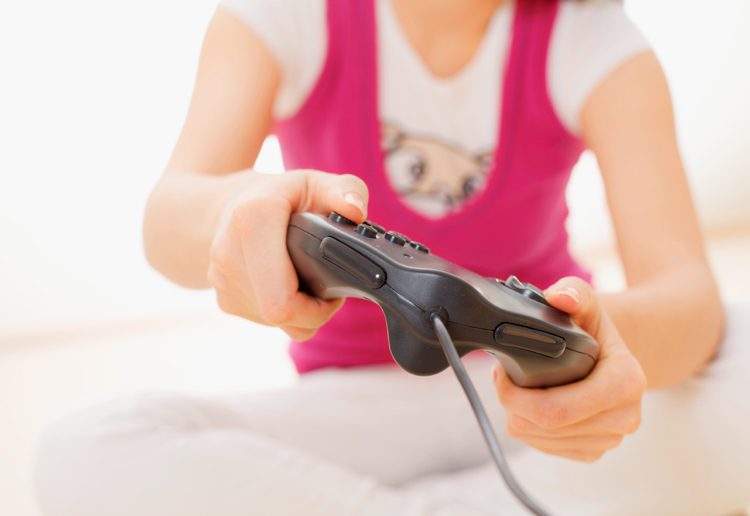 Mum of a 14-year-old boy who developed a video game addiction has revealed how she was forced to call the police after he became aggressive when she tried to stop him playing.

Britta Hodge, from Sydney, told 60 Minutes her teenage son Logan was once an adventurous boy who enjoyed playing sports, going to the movies and beach, and hanging out with his friends.

But his debilitating addiction to video games, including Fortnite, has become so severe, he hasn’t attended school for two years – and he only comes out of his bedroom when he needs to eat or use the bathroom.

For the past two years, Ms Hodge said she noticed her son’s behaviour changed dramatically – going from an outgoing kid to ‘withdrawn, angry, depressed and anxious’.

By sharing her story, Ms Hodge wanted to raise awareness about the crippling gaming addiction so those in her son’s situation can get the help they need.

Earlier this year, the World Health Organisation has classified playing video games on the internet as an official mental health disorder.

Experts claim the addiction is leading to irreversible brain damage.

Education coach Jill Sweatman described the impact of excessive gaming as dire and long term, leading to what is called “planned brain death”.

“That occurs from the time the child is almost born. It’s already getting rid of brain cells that are not being used,” Sweatman explained.

“What worries me most is that if so much time is devoted to just entertainment, under the auspices, the control of game designers, over a long period of time, what are we really losing?

“And those brain cells can’t be gotten back in later life.”

But are parents the ones at fault?

A discussion on TODAY saw parents of gaming addicts come under fire for claiming they are powerless to stop their children from playing Fortnite!

Isn’t it time parents stepped up, set boundaries, and really paid attention to what their kids are doing?

Comments on the topic include -

“Our 14 and 12 yo sons know that if they don’t bring out their remotes and controllers by specific time, the TVs simply get removed. It’s not hard to set and stick to rules…”

“It might be out of their control now, but it wasn’t at the beginning. My 10 year old watched the 60 minutes episode and said “why are they allowed TV in their rooms anyway?”

“Some and I mean some Parents should toughen up!!! I watched this show and was dumbfounded. I hope the parents look back and see how absolute stupid this is. Just get off your butts and take the gaming off them throw it the fire and take them camping or do family things.”

“If you cannot control your kids playing Fortnite, then I would hate to see what else they get away with!”

“So mum was afraid of her son whenever she tries to take away his gaming ability….. We all know it’s addictive. So he’s going through withdrawals! As with most addictions, take it away for long enough they move on to something else. It’s also why time limits are important from the moment they get a game console”

” Just throw out their console or put parent settings on their console, which would allow you to stop your kids from purchasing games or downloading games without a password.”

“Of course it’s the parents fault! Our boys wanted an Xbox and my eldest son saved up to buy a second hand one himself. Then we set rules about when it can be played. Don’t follow the rules then you don’t get a turn! ”

“Parents are just soft and too scared to upset and trigger their poor little cotton wool wrapped angels and show them what’s what. Grow a pair and get your kids outside and into better hobbies”

“What has happened to parenting these days there are no boundaries no rules and no consequences….. parents stop blaming games stop blaming society … and start taking responsibility…”

So are parents responsible for their kid’s gaming addictions?