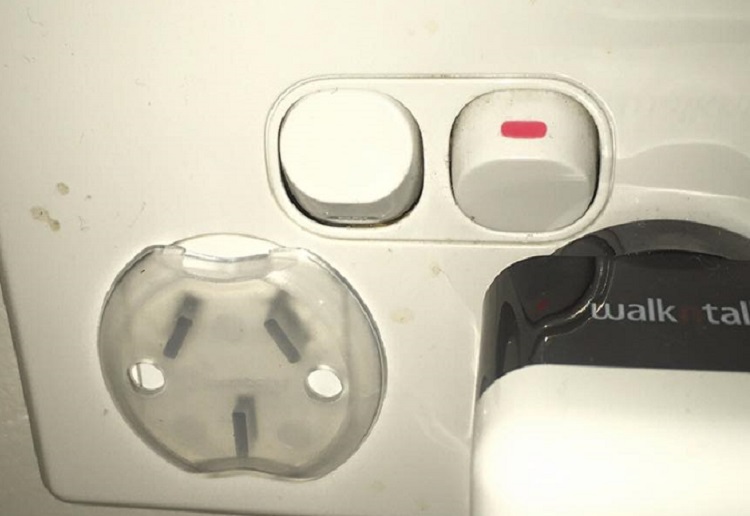 Father of five issued a warning about power socket covers that you need to see!

Parents have been urged to throw power socket covers in the bin or risk their children seriously harming themselves.

Electrician, Steve Palmer, from JPS Electrical Services in UK, warning about the “horrible, unsafe” socket covers has been viewed nearly two million times since it was put on Facebook a week ago.

He warns, “You wouldn’t provide your child with a screwdriver to play with around your home so STOP inserting a TOOL into your sockets that could potentially be the cause of serious harm or even the death of your child. “

The father-of-five has urged parents to discard the ‘safety’ devices after demonstrating how they could expose children to a 230V current.

In a video posted to Facebook, the electrician shows how easily his sons, Jayden, one at the time, and Preston, three, can remove and replace the covers.

He then goes on to explain how placing a prong into the top pin socket can potentially open up the live pin socket and a strong current.

Talking about standard socket with no cover he says: “These sockets go through vigorous testing…to make sure that they are safe.

“You don’t need (plug socket cover) to make it safe.

“In fact, what you are actually doing, is giving your child a tool that will allow them to open up the live conductors.”

He explains that his sons treated the plug socket cover “like a jigsaw”, putting the guard in at different angles and potentially upside down leaving the live pin socket exposed.

He then demonstrates that he is able to reach the plug’s live conductors when the guard is in at this angle.

He continues: “It could stay like that for days, weeks, possibly even a month, in which time your child has found something small and conductive, perhaps metal and they’ve come along and put it in (the socket).”

“These horrible, unsafe socket covers need to go in the bin.

“These things are a tool for your child to cause some serious harm to themself. Chances are it might not happen but why live in ifs, buts and maybes?”

Watch his message below

I used these when the boys were little, but they never played with them, so we would not have had any chances of this occurring. But if your child has a habit of pulling them out of the socket it is probably best to toss them all together.