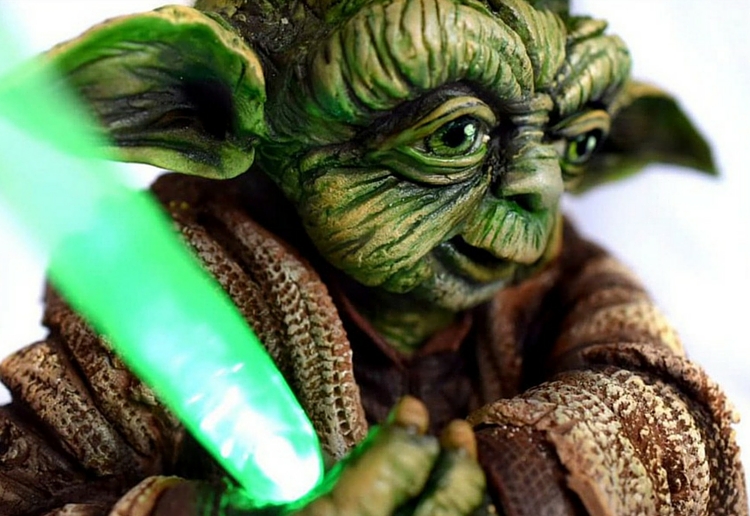 An amazing baker has created a perfect model of Star Wars’ Yoda.  So perfect is her creation, she is unable to bring herself to eat him because he is “too cute.”

Wanting to celebrate the release of the latest Star Wars film, Vick Smith from North Wales, turned to her culinary skills.  The 28-year-old spent 20 hours crafting the intricate cake, which she covered in fondant icing and dyed green with a mixture of vodka and food colouring.

Vicki told the Daily Mail in a recent interview:

“Yoda is the first thing I think of when it comes to Star Wars. I was excited to make him as he’s so iconic and it presented me with new challenges,” she said, “Because Yoda’s so wrinkly, I didn’t have to worry about getting the icing smooth. It made a nice change using foil and letting him be as wrinkly as I wanted to.”

“He took about 20 hours to make but I can’t bring myself to eat him. He’s currently on display next to my Christmas tree, so I’ll switch on his lightsaber when I put the tree lights on.’

Vicki who bakes full time in her studio, is famous in the baking world for her creative techniques to achieve the perfect look for her cake’s subject.  In designing her Yoda cake, she incorporated candyfloss and vodka, as well as using an old jumper to add texture to the icing of Yoda’s robes.

Vicki told the Daily Mail, “I am quite inventive and always looking for new ideas, but the hardest part this time was making Yoda’s clothes,” she said, “I have stuff that you can make moulds from, so I used silicone putty and moulded a piece of an old jumper, which was used for the outside of his robes.”

“I have a broken potato peeler with a textured criss-cross pattern on the handle, so I used that to imprint on the fondant robes and make it look like cotton. I then used a nail brush to texturise the robes and make them look old.”

‘The face was moulded using pale green edible icing, then I carved all the wrinkles, then brushed over a watercolour-style mix of vodka and green food colouring into the wrinkles. You can use water, but alcohol evaporates quicker so it dries more quickly.”

When asked when she planned to eat Yoda?  Vicki answered, “I’m definitely not going to eat him as he’s far too cute, so I might try to auction him off to a Star Wars collector and give the money to charity.” 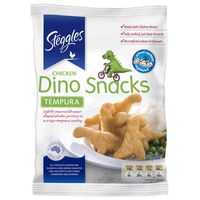