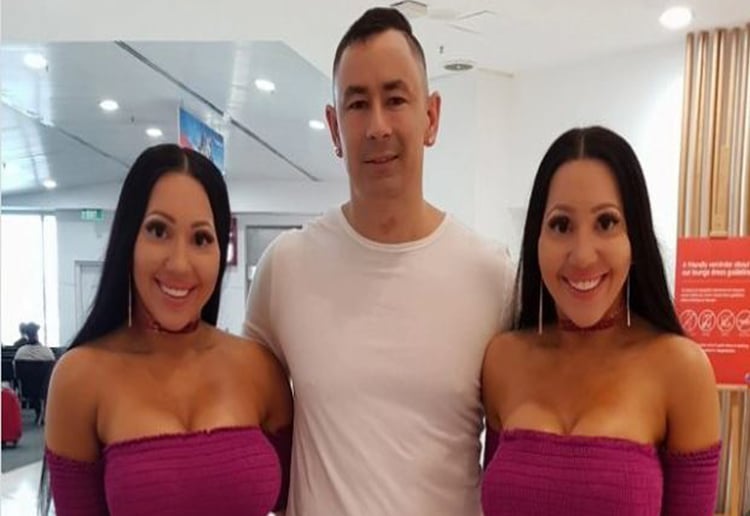 They spent a quarter of a million dollars altering their appearance, but these Perth twins saying they are now embracing a ‘natural look’

Anna and Lucy DeCinque have made headlines for being the world’s most identical twins, documenting their cosmetic surgery journey on their social media accounts. The 33 year old sisters have had countless procedures to change their appearance, but admit that they now prefer a more natural look.

The twins have had facial tattooing, lip plumping, breast implants, pixel lasering, skin needling and hair extensions just to name a few procedures news.com.au reports. Given they’ve had identical procedures to keep them looking as similar as possible, it is not that surprising to discover they also share a boyfriend, Ben Byrne, an auto engineer who they have been seeing for eight years. The girls say their aim was to have the biggest everything. “We wanted the biggest everything – particularly lips. We loved the look and feel of big lips. Now we realise they were too big. We thought that people thought we were gross.”

Hoping to return to a more natural look, the twins have reduced their use of injectables and are also having lip and eyebrow tattoo removal. They hope that they will both be able to marry Ben in the near future, with Tucson, USA a possible option for their unique situation. “We want to marry the same man…we’re not hurting anyone,” they said. “It would be amazing if we got pregnant at the same time, even if my kid was born in the same week as hers. We’re going to make that happen. If it happens, it happens so we will see. Time will tell.”

Frankly, we think sharing a birthday is enough for siblings to be sharing, apart from a love of Ryan Gosling or an interest in craft. At least they are toning down the plastic surgery?

What do you think of the twins unusual story? Let us know in the comments.