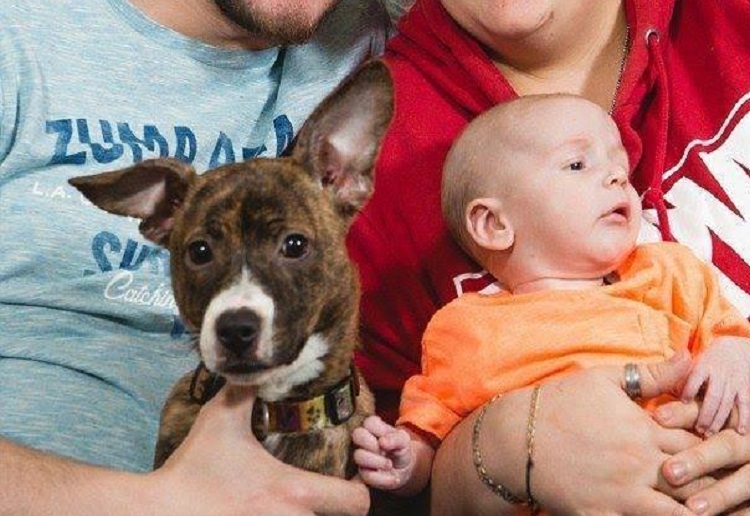 An unborn baby boy was saved when pet dog alerted mum to the fact she was suffering a miscarriage.

Jade Ambrose, now 23, from Leeds, was 33 weeks pregnant and asleep when she was awoken by Lola who started barking, reports Daily Mail.

It was only then that she realised she was losing blood and her waters had broken – two common signs of a miscarriage.

She was rushed to hospital where doctors fought to save her unborn child’s life.

She believes her close relationship with the Staffordshire Bull Terrier cross is the only reason he is alive today.

She said: ‘At first we didn’t realise what was going on when Lola woke us and thought she must have been barking at something outside, but then we realised she was barking at me.

‘It was only when I got up to go to the loo that I realised I was losing blood. 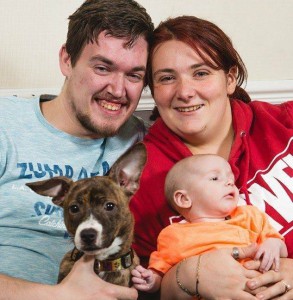 ‘Doctors told me that if I had not gone to hospital when I did I would have had to go ahead with the delivery that night, and who knows what would have happened.

‘There might have been all sorts of complications, and certainly with Oliver beginning his life in an incubator.

‘If Lola had not have woken me I don’t know what would have happened because I hadn’t been in any pain at all. I’d have just slept through and it could have been devastating.

‘I don’t know whether Lola detected a problem with the heartbeat or it was just doggy intuition – but whatever it was, we will be eternally grateful to her.’