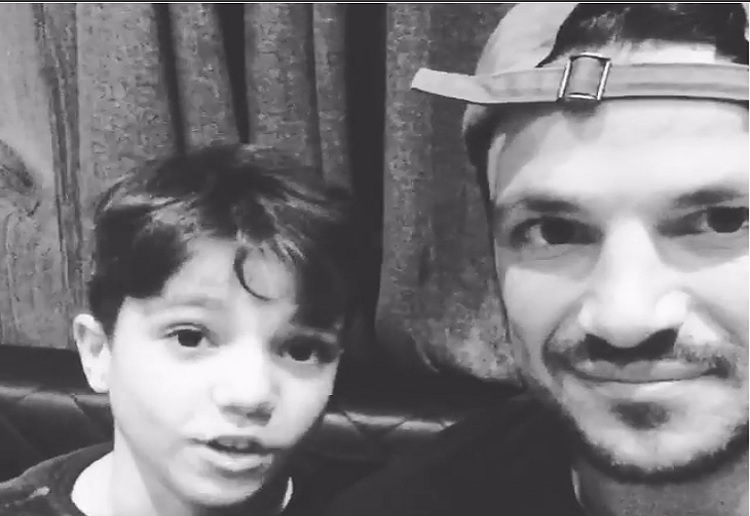 Peter Andre has said that despite initial reservations about his children having their own Instagram accounts he has had to learn to “comprise”.

Peter Andre’s ex-wife Katie Price has been criticised for setting up profiles for their children Junior, 11, and Princess, nine, on social media, The Sun reports.

Peter, 43, has said “Everyone knows I don’t allow them to have phones or social media at my house, but I guess it doesn’t necessarily mean to say I’m right.”

“I don’t like kids having them because I think it opens them up to all sorts of issues, but as a parent you have to compromise with the other parent and try to work together.

“I can only advise and encourage them – I can’t do any more.”

Katie has said: “I am in no way a bad parent. I’ve got five beautiful, healthy, loving and well-mannered children.

“My kids have been brought up in the industry with their dad and me on TV shows, everyone knows who they are.

“Now they are being booked themselves for TV shows, modelling jobs and stuff like that. Social media is the future…

“The accounts are open but if you look on it they have contacts for work, they’re getting booked for things, it’s a business thing.”

She added during an appearance on ITV’s Loose Women: “They’ve grown up in the industry, their dad had them on his reality show for five years, they’ve been on my shows and they’re on my horse show.”

I agree with Peter, I am not a huge fan of kids on Instagram or any other social media. While I understand it can be easily monitored, I am also aware of how easy it is for a child, or adult even, to share something innocently that gets twisted way out of context.