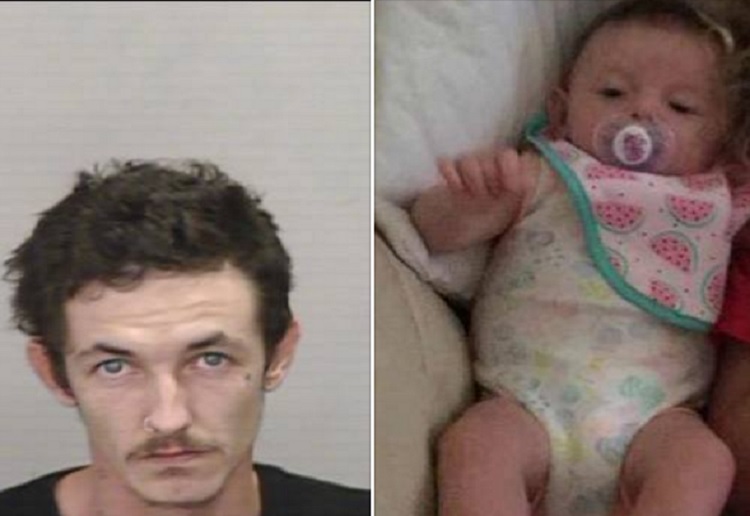 Police are seeking public assistance to help locate a three-month old girl and her father who were last seen near Lake Macquarie.

NSW Police have issued a statement saying, about 3pm on Sunday (22 January 2017), a three-month-old, Kalais Reid was with her mother when they met with her father, Danny Wever (also known as Danny Reid) at Morisset.

The father walked to a nearby shopping centre with the child. When the father did not return, police were notified and commenced an investigation.

Police hold concerns for the welfare of the child.

The father is described as being of Caucasian in appearance with an olive complexion, aged 26, 160cm to 170cm tall, of a thin build, with brown hair, and blue eyes. He has a small tattoo under his left eye.

Police are appealing for the father to attend his nearest police station with the child.

Police have located a girl missing from Morisset safe and well.

The three-month-old girl was reported missing on Sunday (22 January 2017), after she did not return with a 26-year-old man from a shopping centre at Morisset.

Officers from Lake Macquarie Local Area Command were notified and commenced a search.

About 9pm yesterday (Tuesday 24 January 2017), the girl was located safe and well at a home on Valley View Crescent, Glendale, and returned to her mother.

Police would like to thank the media and the community for their assistance.