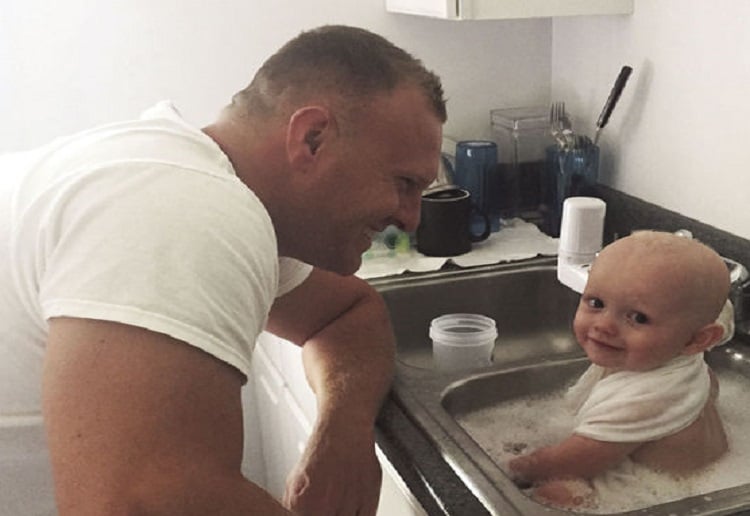 The baby was discovered covered in vomit in the backseat of an alleged drunk driver’s vehicle.

Princeton troopers made a Driving Under the Influence arrest and discovered the baby boy was in the backseat covered in vomit, reports Bluefield Daily.

“We made an arrest for DUI,” said trooper B.R. Wood, with the Princeton detachment. “The 1-year-old baby boy was in the backseat covered in vomit. The vehicle was disabled, so we brought the baby boy back to the detachment.”

A Senior Trooper gave the baby a bath in the sink of their break room/kitchenette, wrapped him in a towel, and then cradled him until Child Protective Service officials arrived.

“He was the best little baby. He had just started to nod off when CPS (Child Protective Services) arrived,” Wood said.

Wood said the baby had been sick for some time. “Apparently, he had been under the weather for a bit.”

“The baby has now been placed with a legal guardian,” Wood said “He is safe at this time and under the supervision of CPS.”