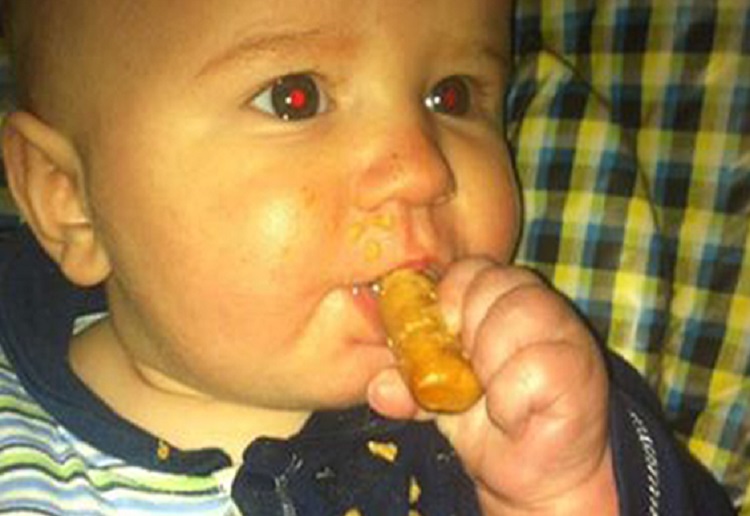 Baby, Michael Smedley, died from “traumatic head injury” in Alice Springs in 2012 while in the care of his 16-year-old mother, Tayla Smedley’s, friends, NT Coroner Greg Cavanagh reported in his findings, shared 7 news.

Michael had been staying with friend Tamara Cole and her boyfriend Oliver Deighton, who was alone with him in the hours leading up to the boy becoming unconscious on July 26.

Ms Cole returned to collect Michael and take him to day care at around 11am, at which time Mr Deighton went to get Michael and discovered him limp and not breathing.

Ms Cole and paramedics performed CPR on the child but he was pronounced dead that afternoon.

While in hospital doctors were suspicious about the “sinister” bruising on Michael’s body and one paediatrician said Michael had been “shaken vigorously”.

He also had damage to his anus and semen detected there, along with blood on his nappy.

Mr Deighton changed his initial statement claiming he caught Michael after he wriggled off a change table and was unaware of how the baby sustained 26 bruises.

“He stated he thought the bruising would have taken 18 hours to develop and so might have been inflicted the day before,” Judge Cavanagh said.

But medical experts agreed that even if Michael had fallen onto a hard floor surface, he would not have sustained the injuries that led to his death.

ABC news reports, in her witness statement, Ms Cole said a day after Michael died she said to Mr Deighton: “Just tell me what happened and I’ll protect you.”

It was then that he told her Michael sustained the horrific injuries after falling off a baby change table, but Mr Deighton said he caught the baby just in time.

Believing a crime may have been committed, the coroner has reported the case back to the NT Commissioner of Police and Director of Public Prosecutions.

NT Police confirmed an investigation has recommenced but no charges have been laid.